On the Road Again Goodnight, Sweet Prince Through the Briars, through the Brambles How to train a tiger Mighty the Midget He blew and he blew and he blew Clang! Clang! Clang! A Wand'ring Minstrel I Don't Bump Your Head Under Two Flags The Weight Jingle Shrugged Ta Ra Ra Boom De ay Bellmen on the Rocks The Butcher & the young Raleigh (details) Bellman & Bard The Broker's and the Monk's Nose (with a little he… Monster Nose The Monster in the Branches Two Noses So great was his fright that his waistcoat turned… Two Bone Players White Spot The Baker's 42 Boxes From Doré's Root to Holiday's Rat Bellmen Gnarly Monstrance Billiard-Marker & Henry George Liddell A Nose Job Henry Holiday alluding to John Martin Holiday and Gheeraerts I Doré (1863), Holiday (1876), Doré (1866) Monster Face Weeds turned Horses (BW) William III, Religion and Liberty, Care and Hope The Broker's and the Monk's Nose Anne Hale Mrs. Hoskins Inspiration by Reinterpretation The Bellman and Father Time Crossing the Line Neuman, Butcher, Jowett Hidden Carrol The Snark in your Dreams Ditchley Snark Ditchley Snark

Visible by: Everyone
Free use 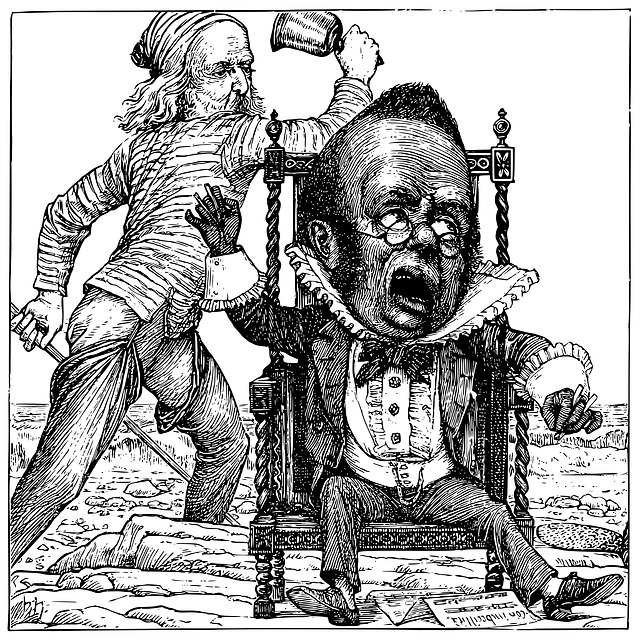 
Fit the Seventh
THE BANKER’S FATE So great was his fright that his waistcoat turned white (Original illustration by Edward Lear as well, but vectorized and colorized)
6 years ago. Edited 6 years ago. | Permalink