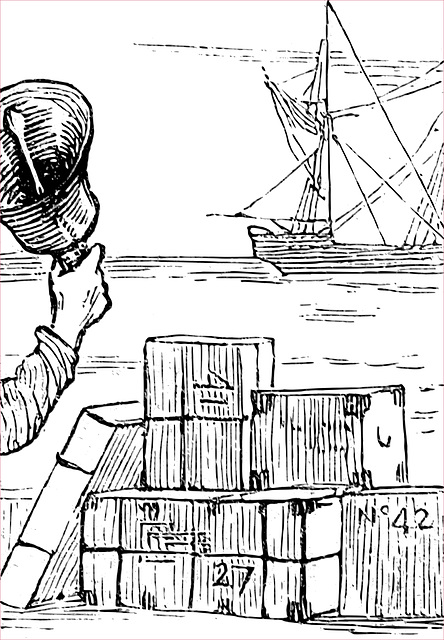 (From Lewis Carroll's and Henry Holiday's The Hunting of the Snark, 1876)

My assumption is, that in Carroll's ballad the Baker does not stand for a single person. Rather, he represents curageous (and - once the intellect is small but the courage is perfect - often uncautious) searchers of truth. Put more simply: The baker represents an attitude (or a set of attitudes), e.g. the attitudes of a Corbinian or a Thomas Cranmer, a key figure in the history of the reformation in Europe.

2013-02-02: In Carroll's description of the Baker (see parts printed in boldface), there may be some allusions to someone who got burned. As for "Bridecake", Thomas Cranmer also was (along with Thomas Cromwell) quite a bit involved in the weddings (and divorces) of Henry VIII. The forty-two boxes carried the Baker's name as clearly, as the Anglican Forty-Two Articles are associated with Thomas Cranmer. Here both, the Baker and Cranmer, stand for quite ambivalent heroes. Carroll (Rev. Dodgson) did not subscribe to the later Thirty-Nine Articles.

By the way: Lewis Carroll didn't explain what the number 42 could "mean". And Douglas Adams insisted on having chosen the number 42 arbitrarily. One of Henry Holiday's sources? More on the 42 Articles: