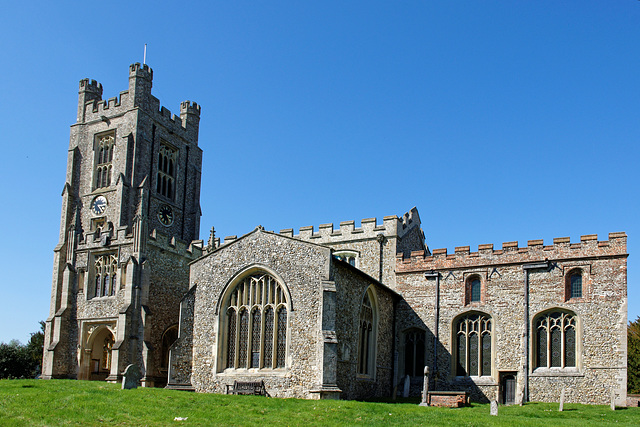 Built on the site of a former Saxon church, the present church was built in the early 13th century, with chancel, nave and transepts giving it a cruciform shape. The tower was completelt rebuilt in 1859, during a general refurbishment, as the former 15th century tower had been struck by lightning and was dangerously cracked.
Newport Church, Essex
Suggested groups:
Comments