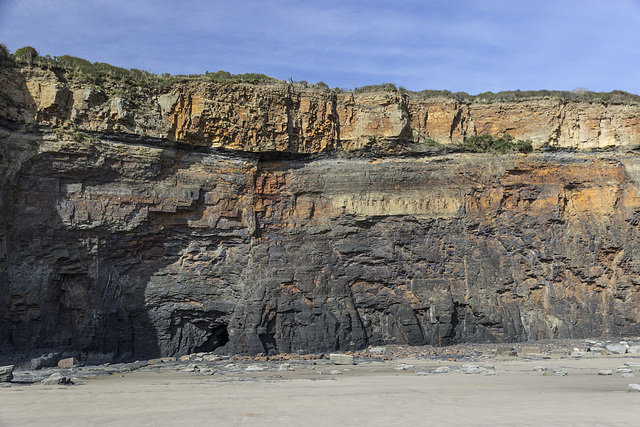 About 1.5 km east of Amroth, this photo shows the sequence gently dipping to the west. At the top of the cliff are brown sandstones: the lowest in the Coal Measures sequence. Below this are dark mudstones of the Gastrioceras subcrenatum Marine Band which marks the base of the Coal Measures. This is underlain by the Telpyn Point Sandstone (formerly designated as the Upper Sandstone), the uppermost main sandstone in the Namurian, and originally known as the 'Farewell Rock', so called because exploratory boreholes and shafts for coal penetrating the sandstone would no longer encounter any workable coals. Underlying the sandstone is a shale sequence.