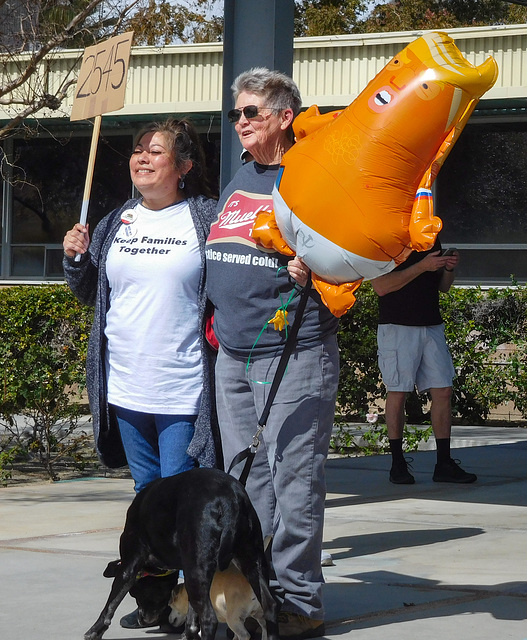 At February 18th (President’s Day) rally in Palm Springs protesting Trump’s efforts to declare a national crisis to fund unneeded and inappropriate extensions to the wall along the Mexican border. A wall extension whose main purpose is to feed racist divisions in the country.

Somehow I was a little slow on figuring out the ‘25 45’ and then realized that it meant: use the 25th amendment of the U.S. Constitution to remove the 45th president, Trump. The 25th amendment provides a means for the vice president (or his/her successor) to become president if the president resigns, dies, or is removed from office for health (including stupidity) reasons. See: constitutioncenter.org/interactive-constitution/amendments/amendment-xxv
CC BY-NC-ND 3.0 Don Barrett (aka DBs travels) Palm Springs: Fake Crisis protest (#1446)