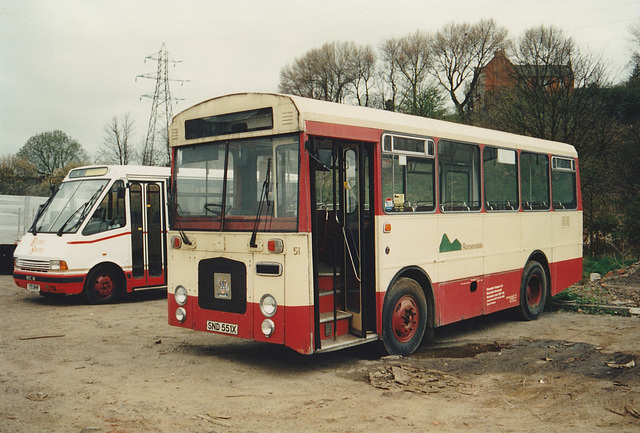 Easter Sunday 16 April 1995 – In the Summer of 1982 Rossendale Borough Transport added two East Lancs bodied Bristol LHS midi buses primarily to work some of the tighter routes to destinations like Cowpe, a village near Waterfoot.

In the background is 390 (170 BHR), an MCW Metrorider new to Capital of West Drayton as D741 ALR in 1987, in the livery of Ellen Smith Tours. Rossendale Transport bought the old family business in 1991 and continued to use the well respected name.
Translate into English