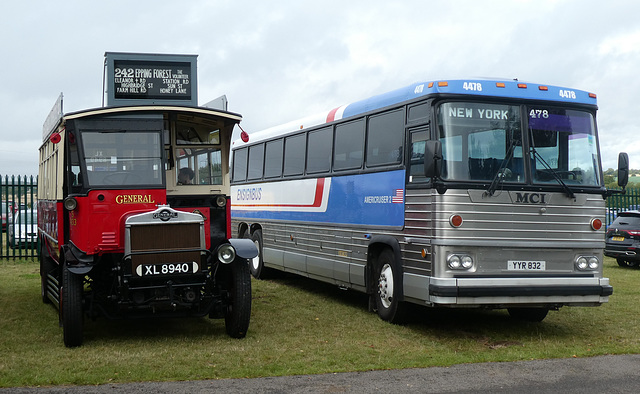 Right is Ensign Bus Company YYR 832, an MCI (Motor Coach Industries) MC-9 new circa 1982 imported to the UK in early Summer 2016 initially registered YND 340X. It wears the Greyhound style colour scheme of the 1980s era and is available for film work and general hire.

The latter two businesses still trade under family ownership. Kerrville built up a network of scheduled services across southern Texas in its own right from the 1920s. It formed a close working alliance with Greyhound using their terminals and connecting with their services in a number of Texan cities. In later years it became one of the Coach USA companies.

The flag on the MCI bus is the wrong way round. Its canton should be forward, as if it were flying on the bus.
2 years ago. | Permalink