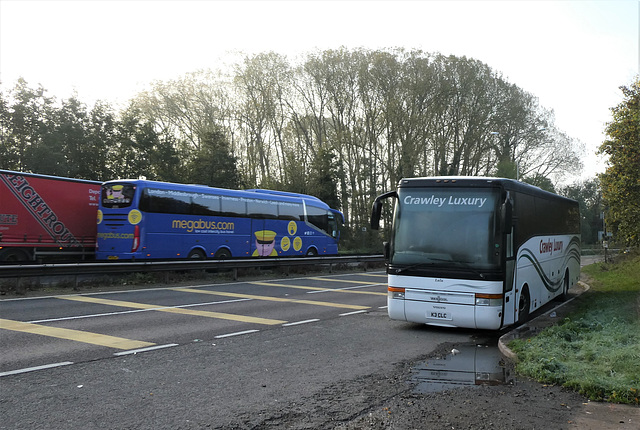 Passing by in the background is Freestones Coaches ME54 BUS working the 0700 Megabus service M16 from Norwich to Stratford (East London) which had called at UEA at 0715. It is an Irizar i6 bodied Scania K400 that had been new to J&L Coaches, St. Leonards in January 2013 registered YT62 JBX.

It was a very chilly morning with the first significant frost of the autumn season.