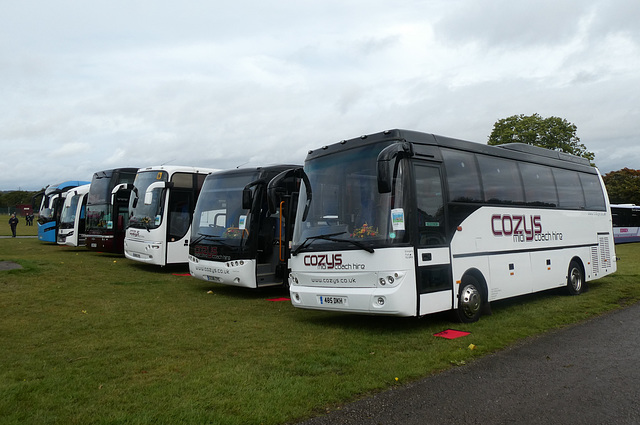 Six coaches entered by Cozy Travel of Kneesworth, Hertfordshire. The company applies select registrations to most of its vehicles which are in the format of CO__ZY_ From right to left: