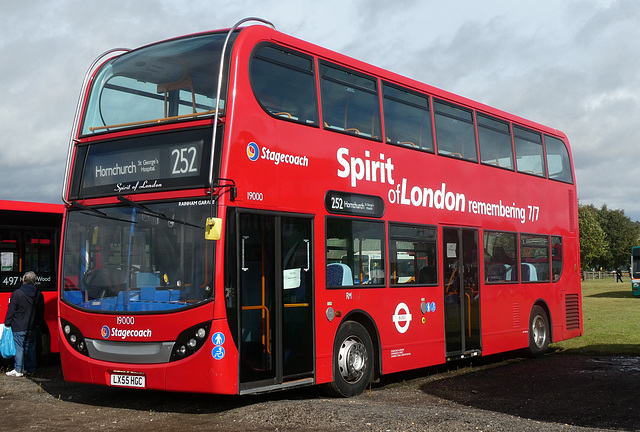 The bus is named Spirit of London in tribute to the 13 people killed on a bus during the 7 July 2005 London bombings. It was built as a one-off replacement for the bus destroyed in the attack and was the first production example of the Alexander Dennis Enviro400 double-decker.

On 19th October 2012 it was itself seriously damaged in an arson attack but was repaired at a cost of around £60,000 and returned to service during April 2013