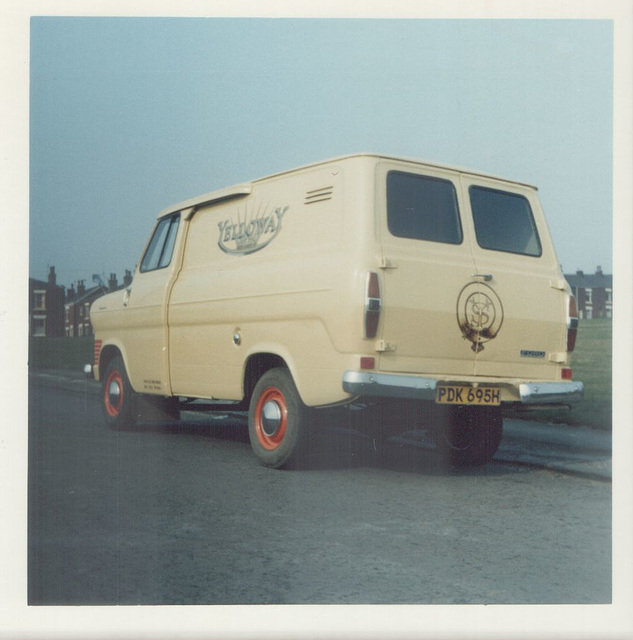 April 1974 – Yelloway Ford Transit van PDK 695H. The company usually had one van in the fleet which was replaced every so often. The van was used for varied tasks including the collection and delivery of publicity material, collecting vehicle spares and as a general runabout. It was occasionally used by the Traffic Office team going out on loading duties on summer Friday nights and Saturday mornings. If there were a few of us and no spare coach was available, a bench seat from inside the coach station would be lifted into the van to seat about five of us. It was advisable to be last in because, if seated at the front end of the bench you would become crushed by your other colleagues as everyone slid forward when the van braked! (Health and Safety and seat belt laws didn’t have a prominence back then). A less glamorous task was undertaken by the van on summer Monday mornings when it would be loaded with as many of the dustbins as possible which had become full and overflowing with the sweepings and litter from the coaches over the busy weekend. No skip type service was used! I took the van up to Cronkeyshaw Common to take this picture just after it had been repainted in the company’s own paintshop. One of the later Ford Transits had more orange applied along the lower sides.
Suggested groups:
Comments