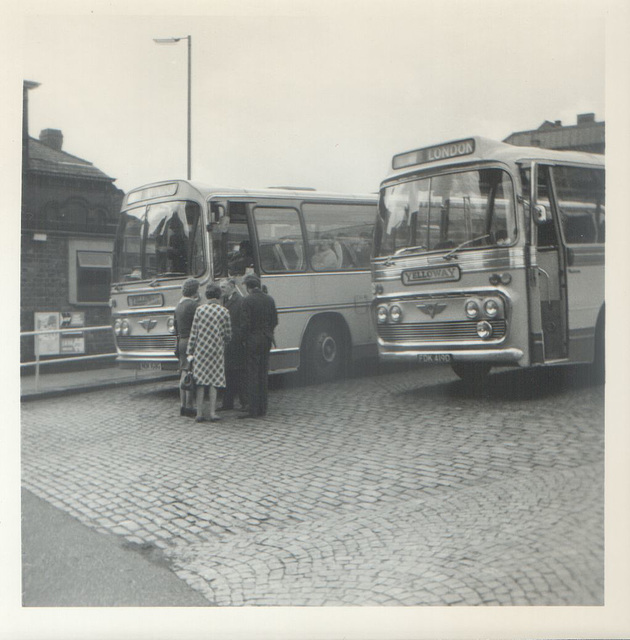 Tuesday 9 May 1972 - Yelloway Plaxton bodied AEC Reliances seen on the forecourt of the old Central Railway Station in Manchester during the transfer of passengers on the London service. Left is NDK 169G, a 1969 Panorama Elite model, which was London bound today. Right is FDK 419D, a 1966 Panorama model, which had operated the feeder service from Haslingden, Rochdale and Oldham. Yelloway used this location as its Manchester coach station for about three years (1970-1973) after the East Street Coach Station of LMS Coachways was closed for redevelopment and prior to the move into Chorlton Street bus and coach station. Along the edge of the site which bordered Lower Mosley Street (alongside NDK 169G) were former World War 2 air raid shelters which were suitably converted to become a booking office, an inspectors office, waiting room and general storage rooms (for signposts etc used during times of peak departures). The old railway station itself became the Manchester Central Convention Complex.
Suggested groups:
Comments