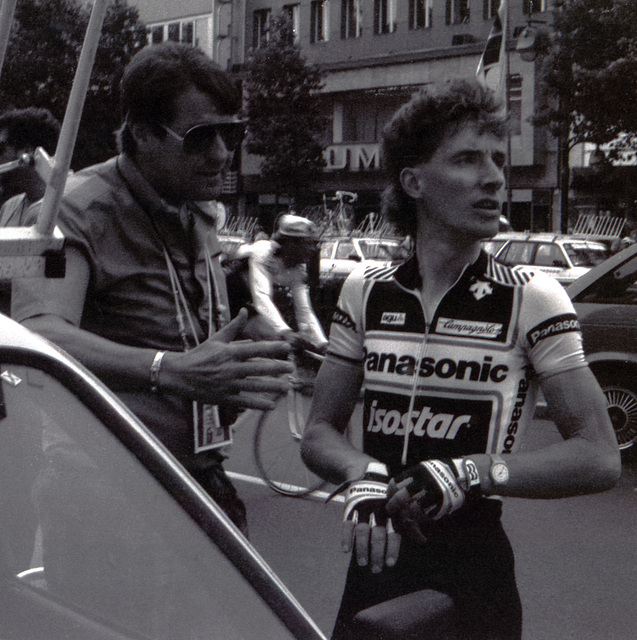 "Millar reckoned that he rode much of the Tour at only 'seventy percent' capacity. He was suffering from the ailment that is the curse of the stage-race rider: diarrhoea. (...) Yet Post, angry at the Giro, was incandescent at the Tour. He had no time for a rider suffering from diarrhoea. 'Post gave me a lot of stick', Millar said after the race. It was no use complaining to the other guys in the team because I couldn't follow the bunch anyway. (...)

He had been signed by Post to win the Tour de France but it was beginning to look like this was beyond him. (...) Later Millar revealed that after the Tour 1987 he spoke to his directeur sportive on only two occasions. (...) 'I never did really like the way that Panasonic ran things, or Post's domination'"