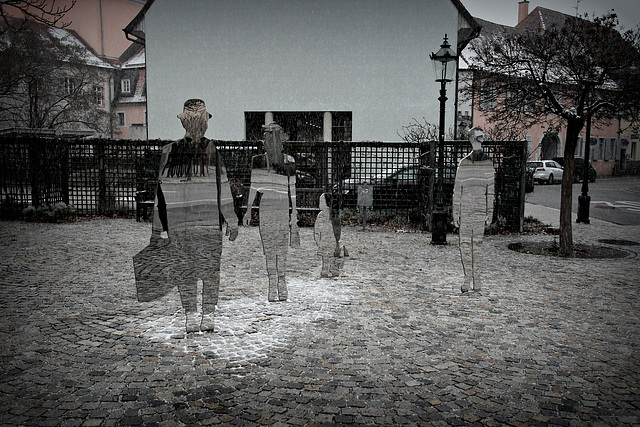 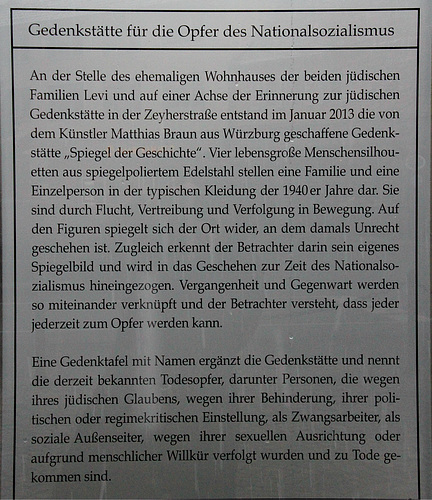 On the site of the former home of the two Jewish Levi families and on an axis of remembrance to the Jewish memorial on Zeyherstrasse, the "Mirror of History"; memorial created by the artist Mathias Braun from Würzburg was erected in January 2013. Four life-size human silhouettes made of mirror-polished stainless steel depict a family and a single person in typical 1940s clothing. They are on the move through escape, expulsion and persecution. The figures reflect the place where injustice was done at that time. At the same time, the viewer recognises his own reflection in it and is drawn into the events of the National Socialist era. Past and present are thus linked and the viewer understands that anyone can become a victim at any time. A commemorative plaque with names completes the memorial and lists the currently known fatalities, including persons who were persecuted and died because of their Jewish faith, their disability, their political or regime critical attitude, as forced labourers, as social outsiders, because of their sexual orientation or because of human arbitrariness.