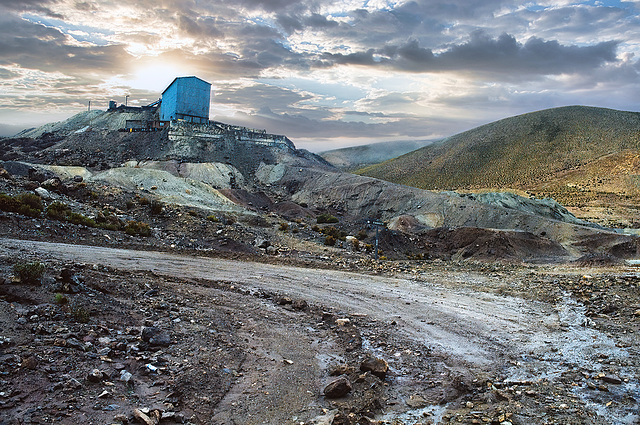 Old silver mine from the early 19th century above the Ruta 40. The mine was closed for the first time after an explosion, which killed 15 workers, who are buried on the cemetery of San Antonio de los Cobres. 90 years after this accident the mine opened again as "El Socavón de los Muertos", but the galleries were flooded by a water inrush and the mine closed again in 1986. Compared to 2000, today the mine is completely abandoned: meinweltbuch.files.wordpress.com/2019/11/img_1742.jpg. The Link shows the blue building. There is a railway station of the "tren de las nubes" nearby.

Many thanks, Malik!
7 weeks ago. Translate | Permalink