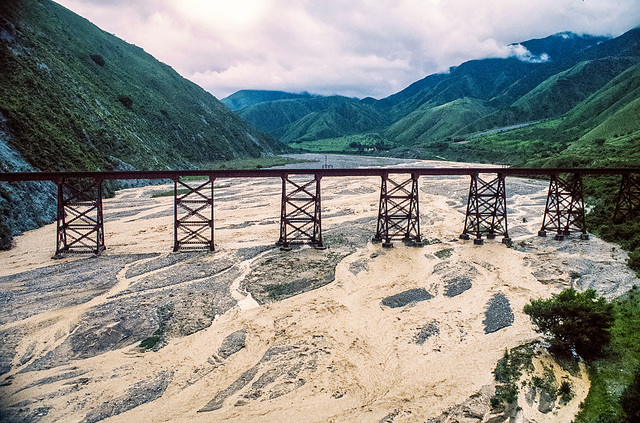 Railway bridge across Rio Rosario near Ruta 51 from Salta to San Antonio de los Cobres. The railway is called "Tren de las nubes" (train to the clouds) and leads up to an elevation of 4220 m at the Polvorilla viaduct. The railroad was built in 1948 (construction started in 1921!) with a length of 217 km nowerdays.

The Train to the Clouds originally left from Salta, and even left from Salta for a while as a tourist attraction too. It was 573 km in its earlier days, and joined Salta and Socompa pass in Chile. But after years of repairs and a few accidents, the train now leaves from San Antonio de Los Cobres only. - scanned slide, Minolta X700 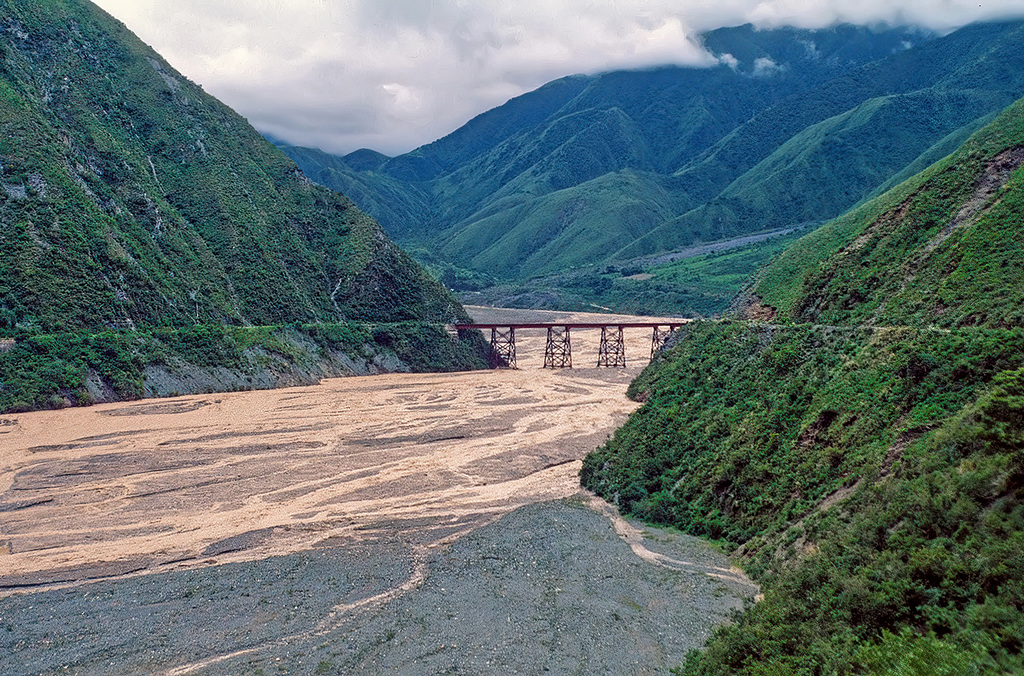 An awesome pair of shots Berny!
2 months ago. | Permalink

That's quite a river! Great images.
2 months ago. Translate | Permalink

Great image, and thanks for the history as well.
2 months ago. | Permalink

What an amazing journey that must be, it's an incredibly wiggly line on the map.
Two great shots here, Berny!
2 months ago. | Permalink