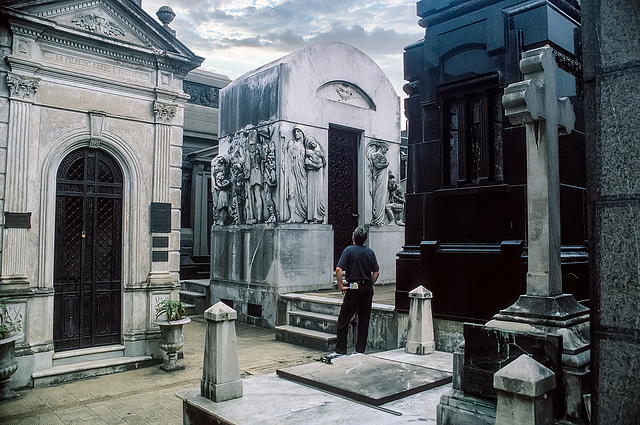 Cementerio de la Recoleta is a cemetery in Buenos Aires, Argentina. It contains the graves of notable people, including Eva Perón, presidents of Argentina, Nobel Prize winners, the founder of the Argentine Navy, and a granddaughter of Napoleon. In 2011, the BBC hailed it as one of the world's "best" cemeteries, and in 2013, CNN listed it among the 10 most beautiful cemeteries in the world. - see PiP's, scanned slide, Minolta X700 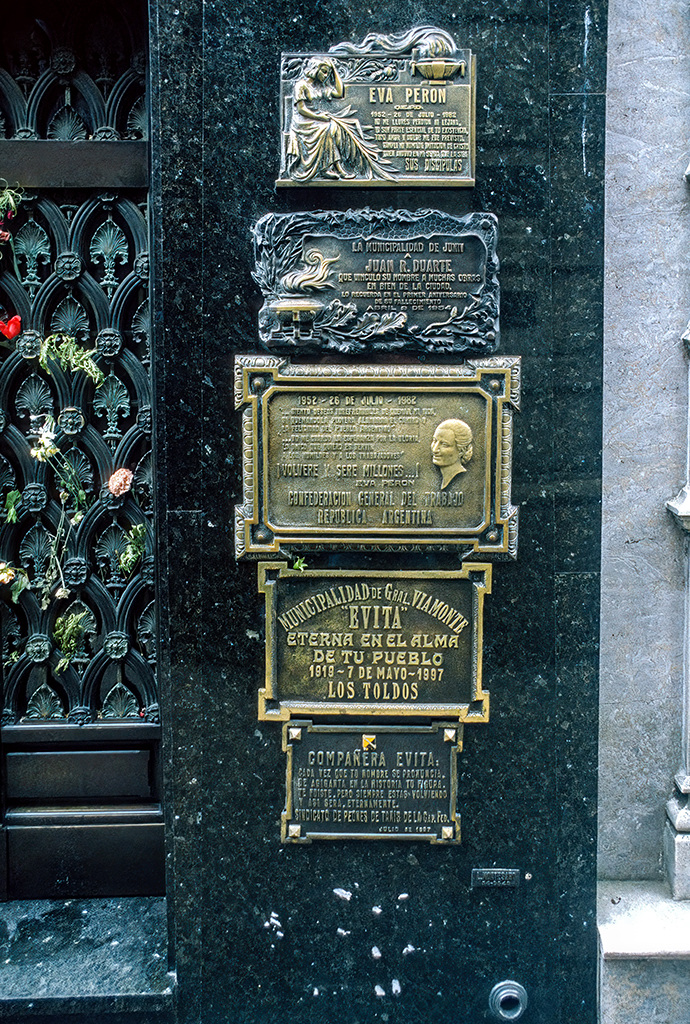 Remarkable collection.
It is a very secial place and it seems you took the essence of it.
Thank you.
2 months ago. | Permalink

A superb and interesting series Berny.
2 months ago. Translate | Permalink

Thanks for having joined me cemetery group Berny !
This shot is so typicalof many latino cemeteries !
Viva Argentina !
2 months ago. | Permalink

Wow! This is certainly the most ostentatious cemetery I've ever seen. I'd love to have a wander around there with my camera.

Very nicely done Berny. I remember this cemetery from years ago.
2 months ago. | Permalink

Impressive homage to the dead, and their lifes.
2 months ago. | Permalink