Height of summer with Flash Control

Hoverfly on fleabane on Wildflower Meadow, at Newport Wetlands NNR 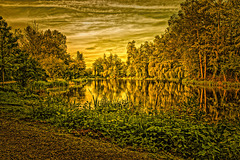 As the day begins to fade

View across the water at Newport Angling Association Woodstock Pool, The first pool of the Bob Small Fishery HDR created and tone mapped with easyHDR from three images 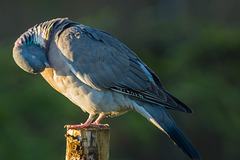 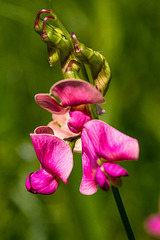 Dressed up for a date!

View accross Chew Valley Lake, in Somerset, from Heron's Green Bank. This is taken towards the end of january 2020 showing a rather unseasonal amount of sunshine for the time of year

Young male Blackbird at feeding station at Black Rock Picnic Area , Portskewett, Gwent. The dappled appearance indicates that this is likely to be one of the previous year's young birds

Lesser Black backed Gull takes off from Chew Valley Lake, at Herons Green bay but not appreciated by the other Gull 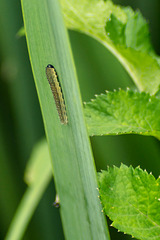 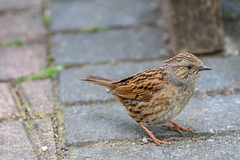 Ready for my closeup 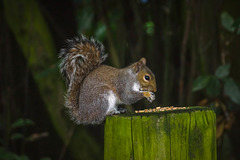 The much maligned American Grey Squirrel, here seen feeding on Bird food put out at the Black Rock Picknic Site in Eastern Gwent. It is a Mammal that is not native to the UK and unfortunately has ousted the native Red Squirrel. Although some blame this on it's better resistance to desease, Parapoxvirus, which does not appear to affect their health but often kills red squirrels, In the main it is bigger and more successful at foraging. In it's native eastern North America, it is the most prodigious and ecologically essential natural forest regenerator, where forgotten seed cahes will sprout in the spring so it can help to maintain the ecology of the woodlands, so nott all bad.

St Davids on the Bay

St Davids Hotel on the waterfront of Cardiff Bay, from the Water Taxi 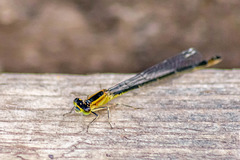 This is the yellow form of the Female blue-tailed damsel fly, (Ischnura elegans) Sub species infuscans-obseleta. In my own experience in my local areas this is the rarest of the five female colour forms The inset shows the most common colour Morph 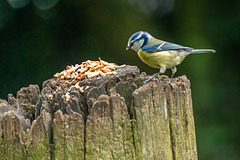 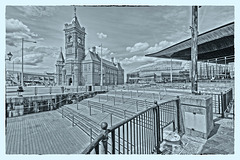 Image of the steps leading up to the Welsh Government building in Cardiff Bay. HDR tone mapped, and then converted to Black and White, With NIK Silver Effects Pro
3907 items in total
Jump to top