Hoverfly in the Rain

Female Mallard duck on the Pool, Herriots Bridge, Chew Valley Lake. Not sure if the appearance is a result of some sort of Hybridation, or if it is due to Leucism en.wikipedia.org/wiki/Leucism

Newport Wetlands NNR, view across the Reserve from the sea wall at Goldcliff Image shows one of the three lagoons on site. This area is a lot more secluded than the Eastern end of the reserve, at Uskmouth where the RSPB leas a small area for their Shop and Centre. These are Saline lagoons which are managed by Natural Resources Wales, to appeal to waders on passage, Some recent passers by include Glossy Ibis, Spoonbill, and Great White Egret. Avocet, and other more common small waders Breed on site. You can alo expect the usual predators drawn by the bird life, Peregrine, Buzzard, Hobby, and Marsh Harrier This is also more difficult to find, than the Main site as it is not signposted. There is a map available from the RSPB centre, but the GPS encoding on this image is possibly easier

Glastonbury Tor, from RSPB Ham Wall (Tor Hide). This is a test piece artificially enhanced using Luminar 4 and Lightroom, Luminar uses a lot of AI (Artificial Intelligence) routines, which allows editing time to be decreased considerably, there is nothing in this image that is not possible with other applications, such as Photoshop, but it does allow variations to be created quickly checked and left in place or removed to try other options.

Black Headed Gull on lagoon at Cardiff Bay Wetlands Reserve, Cardiff. The close passing of a pleasure boat caused the waves visible in the image, which resulted in the gulls getting rather "excited " and led to some squabbles between them

Prince of Wales Bridge (Second Severn Crossing), from Black Rock on the Gwent Levels, What appeals to me with this particular viewpoint is the Twin "Pyramids " formed by the suspension cables from the support towers to the bridge deck

Pair of shellduck on the Pen lagoon at WWT Slimbridge, Drake is on the right

Alternate view of the Wales Milenium Centre across Roald Dahl Plass. View shows the Water Tower, the Unique style Lighting towers and the Welsh Slate frontage of the Centre

Worker honey bee collecting Nectar, and pollinating the early Summer wildflowers at Magor Marsh SSSI (a Gwent Wildlife Trust reserve) Technical Note This image was taken using an old lens, the Minolta 70-210 AF F4 Beercan. This lens was introduced in the Mid 1980's and my copy was purchased used, a year or two back, from eBay. The quality is amazing for it's age, Mine is a early model (as it comes with a Metal lens shade), which is anything up to 40 years old, It fits on my Sony A Bodies, and even my Mirrorless with an adaptor. It's always worthwhile checking second hand listings to see what is available as an alternative to the Latest and greatest New lenses (which are never cheap, I paid less than £50 for this lens!!) 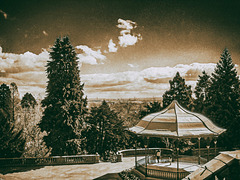 View over newport from the pavillion at Bellevue Park, Newport. The bandstand is shown in the foreground. The image is procesed to provide a look of an old print from the early days of the twentieth century, using various Technuques I have left the Man and boy looking out over the city as they were simply to see who notices ;)

Greenfinch leaving the feeder station next to the Cafe at the RSPB Cafe/Shop at The Newport Wetlands National Nature Reserve. Just my opinion, but I think that this is an overlooked member of the finch family. It's often only in flight that it's stunning colouration is seen 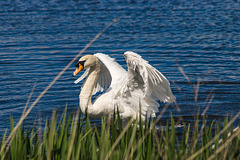 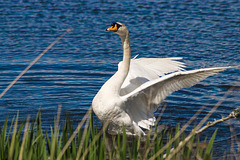 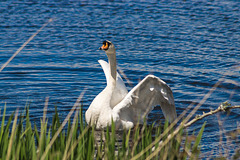 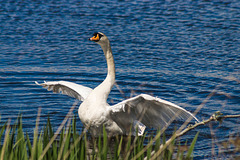 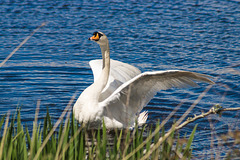 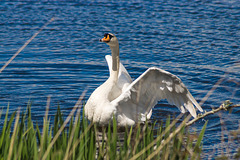