next >
< previous
/
Close
Albums Albums in this folder Album Photos See on the map Add a comment Most appreciated Most viewed Most commented
Macro Moths in the smaller families that we've recorded here in Cornwall, covering: 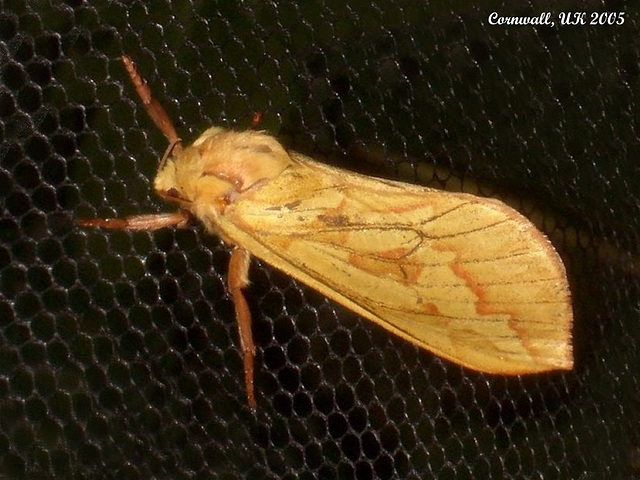 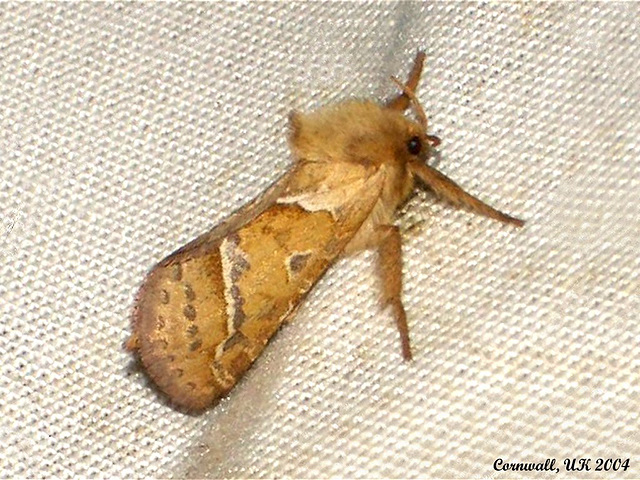 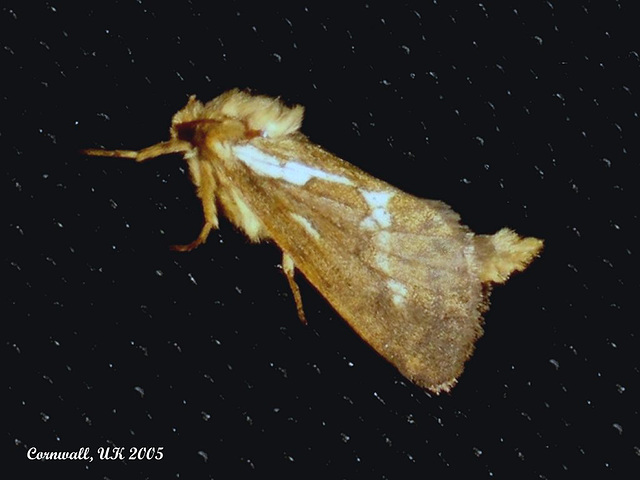 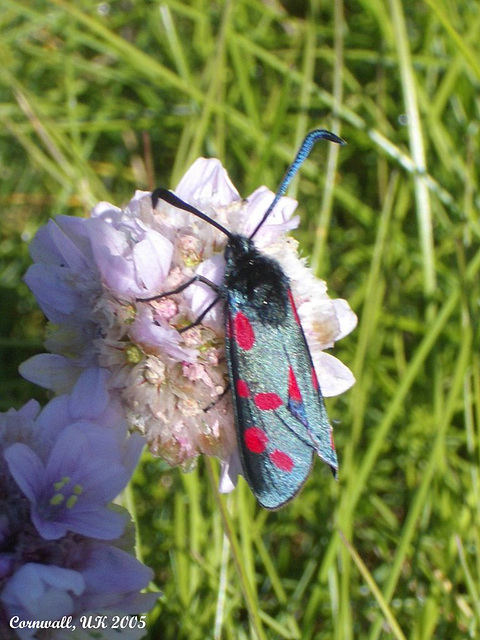 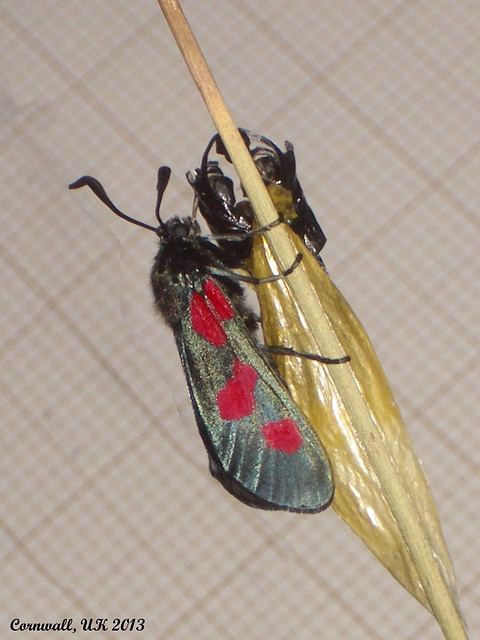 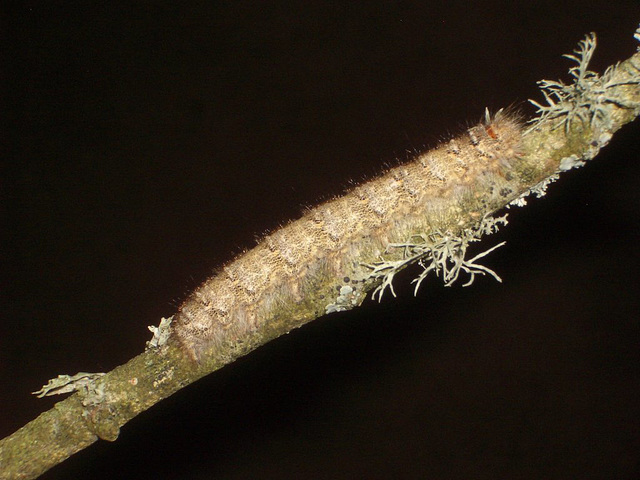 Lasiocampidae. Length: 50mm. The Caterpillar of this moth is very well camouflaged, whether it is resting in the leaf litter below its foodplant tree, or it is laying along a twig. The outline is obscured by a fringe of hairs along its sides. 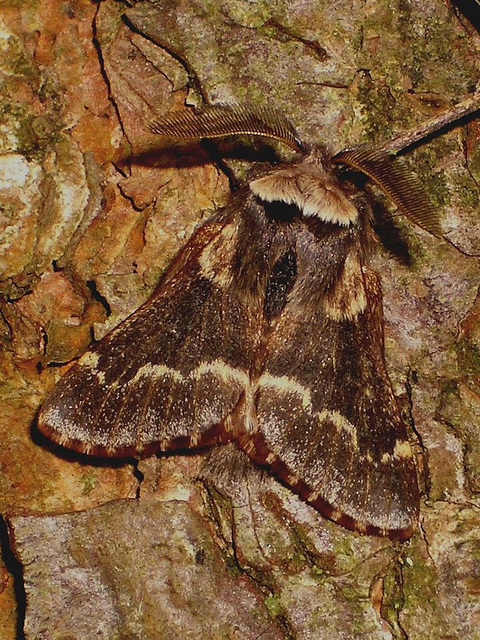 Lasiocampidae Wingspan: 40mm. As its common name declares, this moth flies through December, when most other moths have closed down for the Winter. It has no feeding organs, so doesn't have to take time refuelling and just gets on with finding a mate, and producing eggs which overwinter until the Spring before hatching. 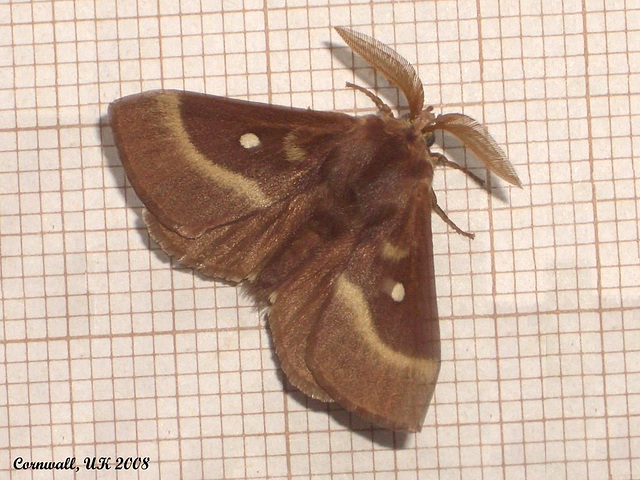 Lasiocampidae Wingspan: 50-64mm Predominantly a moth of coastal moorland which is found around the western perimeter of Cornwall. This quite dark male was recorded on the north-western cliffs, in an area of disused mine workings. 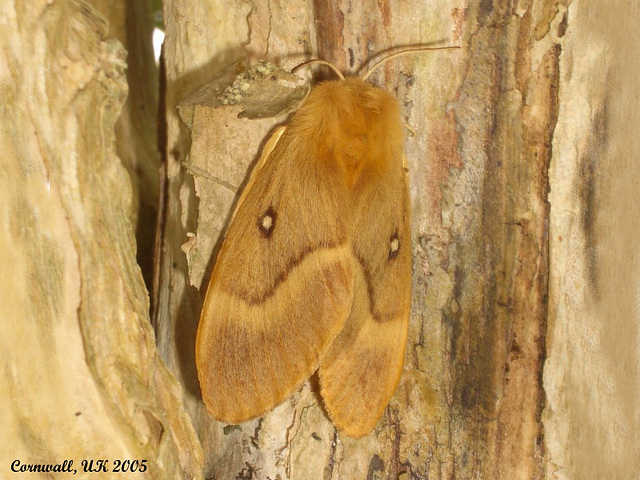 Lasiocampidae Wingspan: 86mm. Larger and yellower than the male, the female flies at night to lay her eggs on their various moorland food-plants. In the day-time, the un-mated females broadcast their pheromones to pull in the fast flying males from quite long distances.
29 items in total
Jump to top