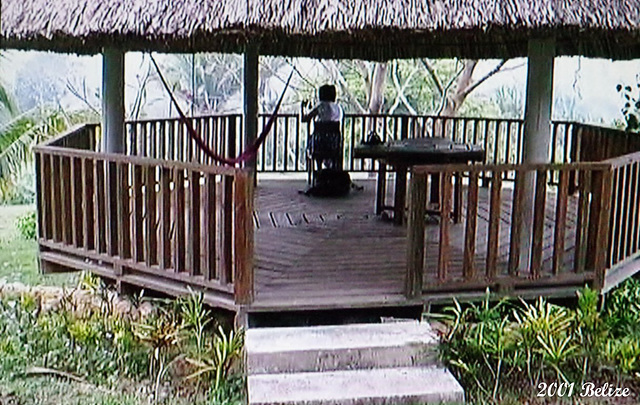 A general viewing area for birds, which as we were often the only guests on site at times, and as it was just outside our Cabana, was a place to relax as well as keep an eye open for new birds on the horizon. The three family dogs often joined us to lay out in the shady areas there, and we quickly became friends, although they were quite capable guard dogs to protect against unwanted visitors. One night, there was a loud battle outside our Cabana, and one of the dogs was found injured the following morning and had to be treated for bad scratches on his side. Apparently a large wild cat had come into the area and had been attacked instantly by them to drive it off.
Suggested groups:
Comments