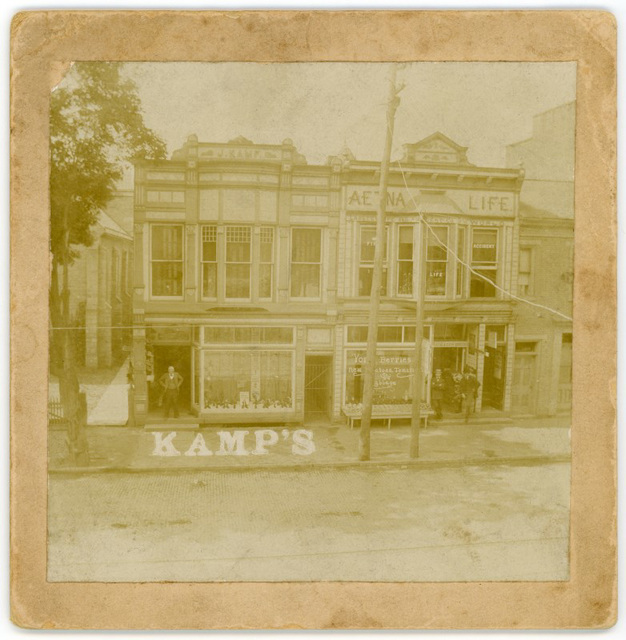 A photo of shop- or storefront(s) for the Vintage Photos Theme Park.

Jacob Kamp (1838-1902) was the proprietor of a shoe store in Lock Haven, Pennsylvania. I believe that's him standing with his hands on his hips in the doorway of his store (above the "K" in "Kamp's" that was added to the sidewalk by the photographer). The name "J. Kamp" appears at the top of the building.

The front window in Kamp's store displays a variety of shoes and includes seven individual signs with the dates for the week of "Monday, May 29" through "Saturday, June 3" and the following "Monday, June 5." These dates, together with the days of the week on which they fall, allow us to determine which years the photo may have been taken. The fifth day of June, for instance, occurred on a Monday in the years of 1882, 1893, 1899, and 1905. Since Jacob Kamp died in 1902, my best guess is that this photo dates to either 1893 or 1899.

On the right, two men are standing at the entrance to a grocery store, which advertises "berries, new potatoes, tomatoes, and cabbages" with lettering on the window. The second floor of the building is occupied by "Aetna Life," the "largest life and accident co. in the world," with insurance coverage for "fire," "life," and "accident," as indicated on the exterior of the building.

These two buildings are still standing. Compare this photo from the 1890s with the Google Maps image from 2018. 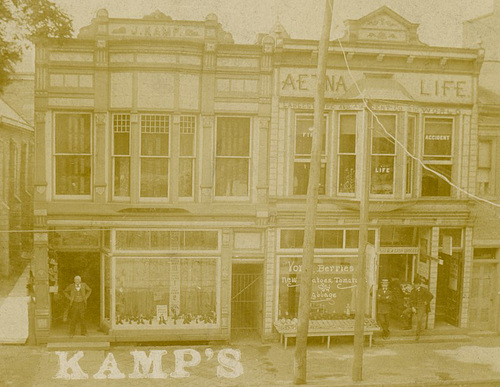 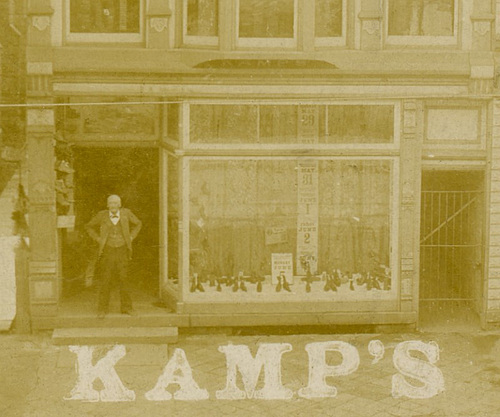 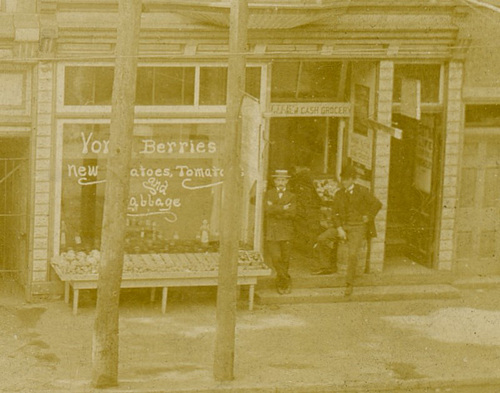 RicksPics club
Sensational clarity in this old photo, Alan. And also as usual, your painstaking coverage of the interesting details you've uncovered for us. I would bet that Mr. Kamp would be pleased to know that his name still survives on his building. This reminds me a bit of downtown Elizabethtown forty years ago.
4 months ago. | Permalink
Alan Mays club has replied to RicksPics club
Thanks, Rick! There are still some nice old buildings in Elizabethtown comparable to these. I don't have any recent views of the town but here's one from 1906. 8) 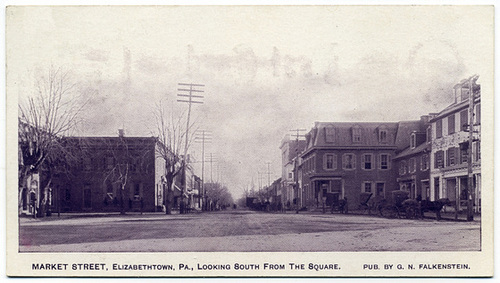