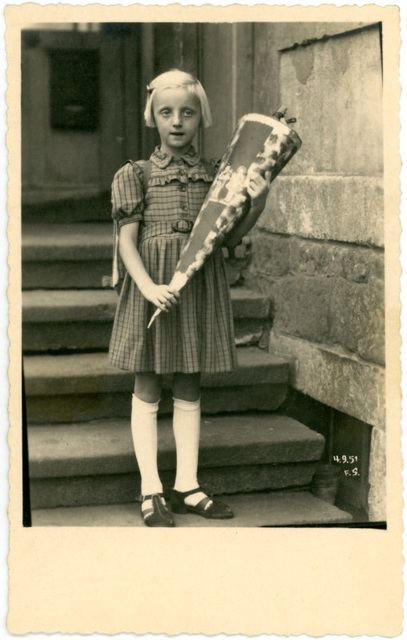 A Vintage Photos Theme Park photo for the theme of beginnings and endings (houses being built or torn down, stores opening or closing, an old year ending or a new one starting, etc.).

A snapshot of a young German girl who's holding a Schultüte, or school cone, which she received as a gift on her first day of school as a way to commemorate the beginning of her formal education. 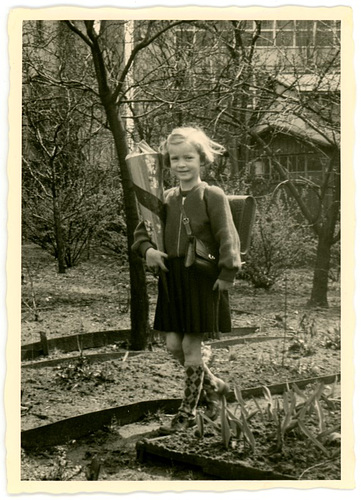 I've seen the top photo before some years ago, can't remember where or when.
12 months ago. | Permalink