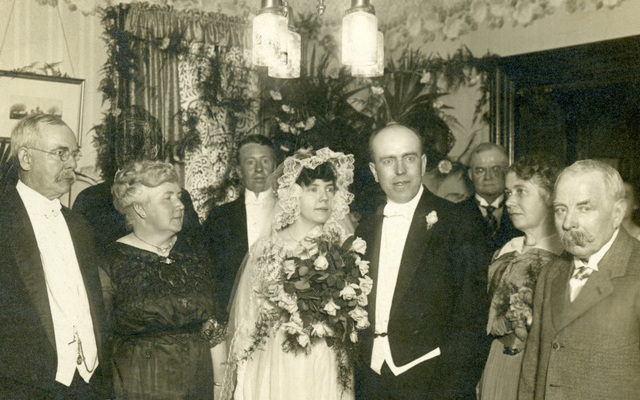 As I mentioned (see the full version of this photo), I bought this picture at an antique mall and noticed something strange about it after I got it home.

I purchased the photo because I liked the furnishings in the room--take a look at the chandelier, curtains, and flowers in the background, for instance. And there's a flowery border running along the top of the wall just below the ceiling.

I also found the wedding party interesting. The wide-eyed groom seems to be stunned, but the bride, who's holding a large bouquet of flowers, looks calm and serene. The groom's father (at far right) is sporting a moustache and so is the bride's father (on the left). The photographer happened to catch the bride's mother (standing to the left of the bride) with her eyes closed.

I examined all these details and looked at the photo for quite a while before I spotted something downright strange. Did you find it yet? If not, check out another enlargement from this image. 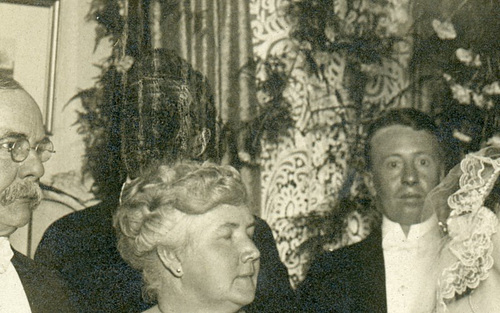