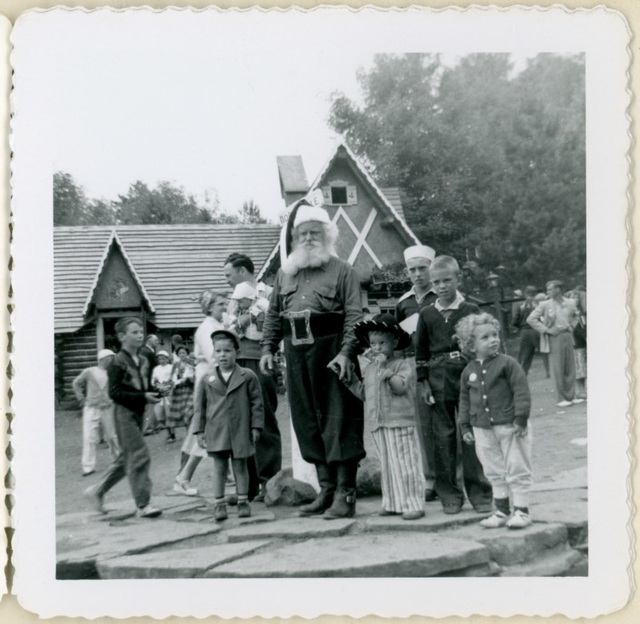 Santa Claus poses with some of his friends at Santa's Workshop, an amusement park located in North Pole, New York. The group is gathered around an imitation North Pole--the white base of the pole is visible to the left of Santa's boots, and the "North Pole" sign at the top is partially hidden behind Santa's cap.

For another Christmas theme park with its own North Pole, see Shivering at the North Pole, Santa's Village, Jefferson, N.H., 1969. 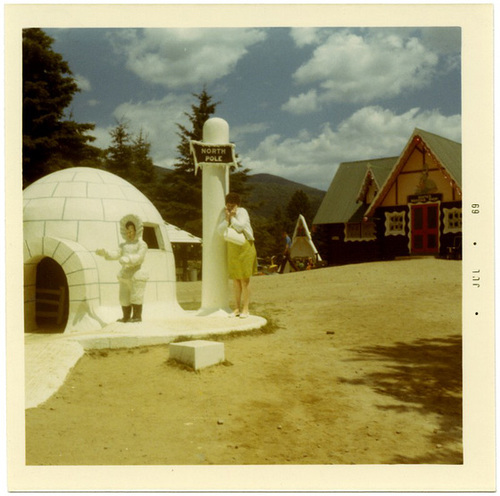 lisabee73
really cool, I wonder what it's like visiting a Santa or winter-based theme park when it's not Christmas or winter
6 years ago. | Permalink
Alan Mays club
has replied to lisabee73
Thanks! That's a good question--I've never been to one myself. They must be popular, however, since both Santa's Workshop and Santa's Village are still in operation.
6 years ago. | Permalink

What a stately looking Santa!
6 years ago. Translate | Permalink