Mr. and Mrs. Tom Thumb in Their Wedding Attire 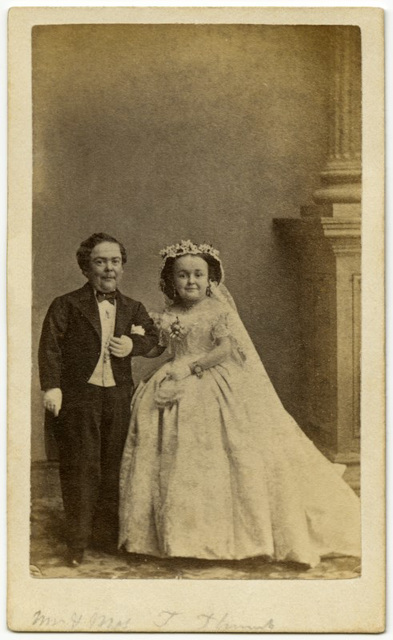 A weddings photo for the Vintage Photos Theme Park.

Other versions of this photo are captioned "Mr. & Mrs. 'General Tom Thumb' in Their Wedding Costumes" (see, for instance, Photo_History's copy, Tom Thumb's Wedding by Brady, on Flickr).

As Wikipedia explains, "General Tom Thumb was the stage name of Charles Sherwood Stratton" (1838-1883), a little person who became famous as a performer for circus promoter P. T. Barnum. His marriage to Lavinia Warren (1841-1919), a little person who was a former school teacher, took place on February 10, 1863, and received extensive publicity.

Stratton died in 1883, and Lavinia married another little person, Count Primo Magri (1849-1920), in 1885 (see the photo of Count and Countess Magri below). Despite her marriage to Magri, Lavinia continued to make appearances as Mrs. General Tom Thumb (see below for a 1912 theater advertisement and an undated green ticket). Lavinia died in 1919 and was buried next to her first husband. Magri passed away the following year.

After all the publicity generated by Lavinia and Stratton's marriage in 1863, people began referring to the playful mock marriages in which children assume the roles of bride and groom as "Tom Thumb weddings." These events are still held today by churches and other groups for fundraising and entertainment purposes (see below for a photo of a children's mock wedding held in the 1920s). 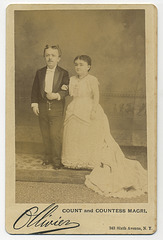 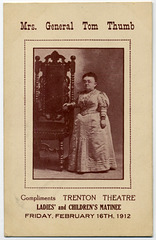 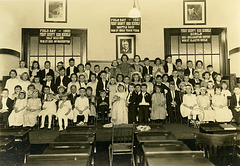 I knew their story.. it is fascinating how this lady got charm, and made good use of it to mesmerize gentlemen ! She got the most fabulous dress on her wedding day..... they look happy !
6 years ago. | Permalink
Alan Mays club
has replied to Nylonbleu

Thanks! Their story--and clothes--are quite interesting, I think!
6 years ago. | Permalink

What a page of treasures, Alan!
6 years ago. | Permalink
Alan Mays club
has replied to Smiley Derleth club

Thanks very much, Smiley!
6 years ago. Translate | Permalink

Very interesting. Thanks, Alan and Babs!
6 years ago. | Permalink