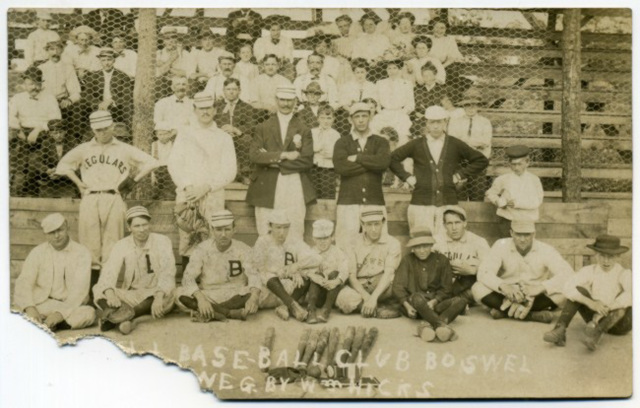 A photo of folded arms and/or crossed legs for the Vintage Photos Theme Park.

This is a damaged real photo postcard of a baseball club from Boswell, Somerset County, Pennsylvania, dating to the 1900s or 1910s. Although part of the handwritten caption is missing due to the torn-off corner, the baseball club name appears to have been the Regulars, judging by the shirt worn by the man standing on the left with his hands on his hips. Other players are standing with their arms folded, and some are sitting cross-legged on the ground.

William Hicks was a 24-year-old resident of Boswell when he listed his occupation as photographer on a marriage license application dated November 25, 1907 (as viewed on the Ancestry web site). His wife-to-be was Catharine E. Henry, who was 18 years old and also lived in Boswell.

I haven't been able to locate any additional information about William Hicks and his photographic work, but I'm guessing that he may have been the photographer for two other real photo postcards from the same town: Nicollette at Boswell, Pa., and Atlantic Coal Company's Mine, Boswell, Pa. 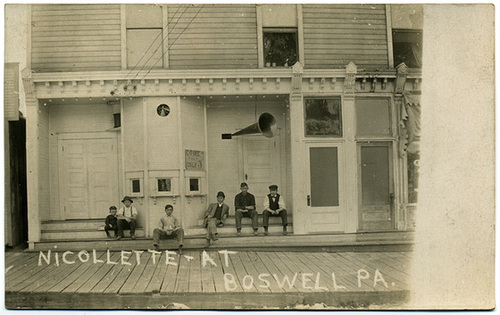 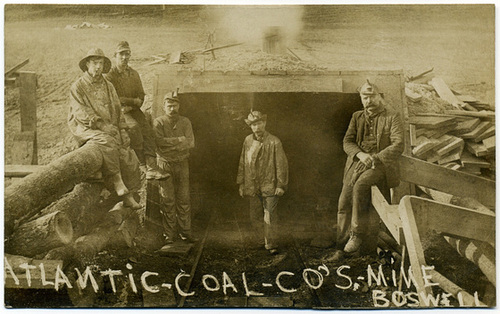