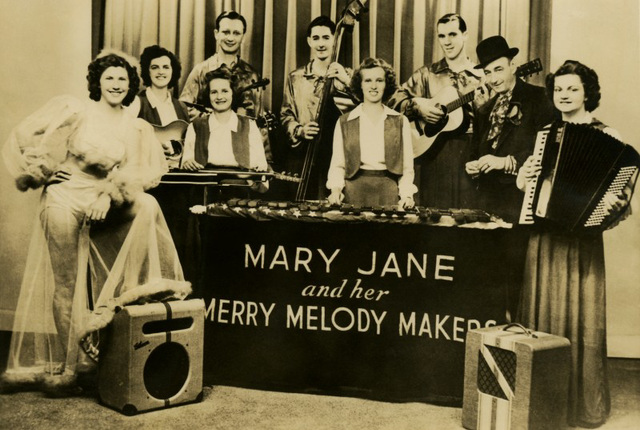 Mary Jane and Her Merry Melody Makers gave performances in Pennsylvania and other states in the 1940s. One newspaper ad billed the group as "A big company of maiden musicians with a comedian who gets laughs" (Gettysburg Times, Oct. 1, 1943), and another described the show as a "program of dances, acrobatics, marimbas, songs, and comedy" (Reading Times, Aug. 16, 1946).