Tourists in a Traboule 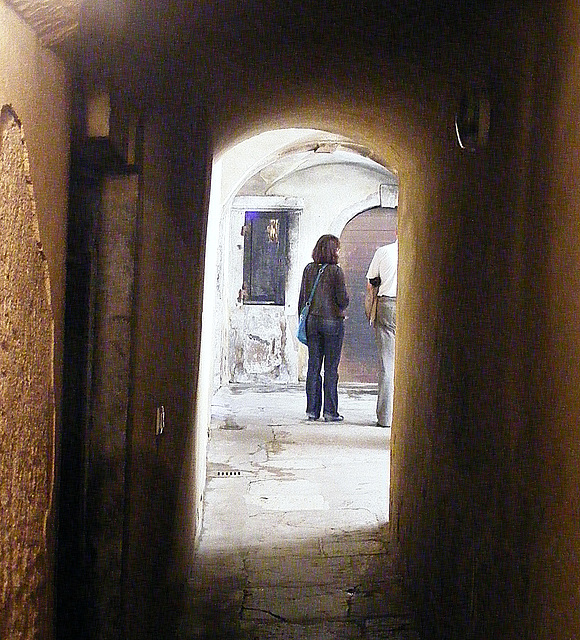 "Traboules (from Latin transambulare via vulgar Latin trabulare meaning "to cross") are a type of passageway primarily associated with the city of Lyon, France but also located in the French cities of Villefranche-sur-Saône, Mâcon, Saint-Étienne, along with a few in Chambéry). In Lyon, they were originally used by silk manufacturers and other merchants to transport their products. " http://en.wikipedia.org/wiki/Traboule


The traboules link one street to the next parallel one by connecting the internal courtyards of the buildings between the 2 streets.