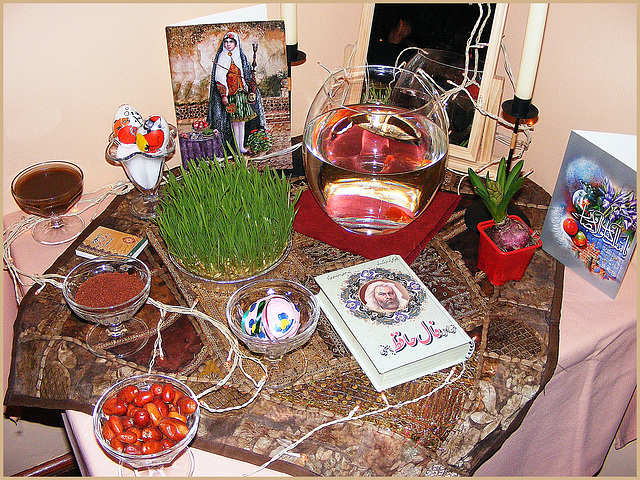 These along with other things such as the Koran are laid out to celebrate Iranian new year - Norouz.

This display was seen in Sufi, an Iranian restaurant in Askew Road, near to London's Shepherd Bush
Suggested groups:
Comments