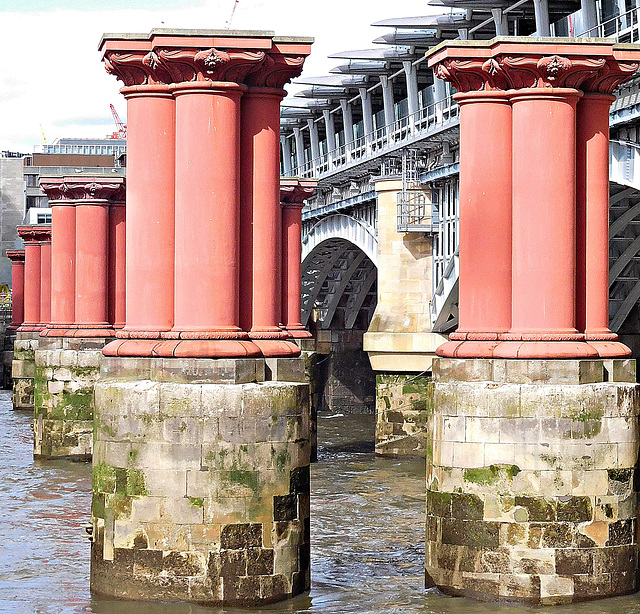 Running parallel and a few feet upstream from the to NEW BLACKFRIARS RAILWAY BRIDGE, there are a series of pillars at regular intervals across the River Thames. These are the remains of a bridge whose construction was finished in 1864, and was partly demolished in 1995. Fortunately, these remains have been protected as being structures of historical importance. At one end of the (the southern) bridge remains, you can see the insignia of the former London, Chatham and Dover Railway Company perched on one of the former bridge's abutments.