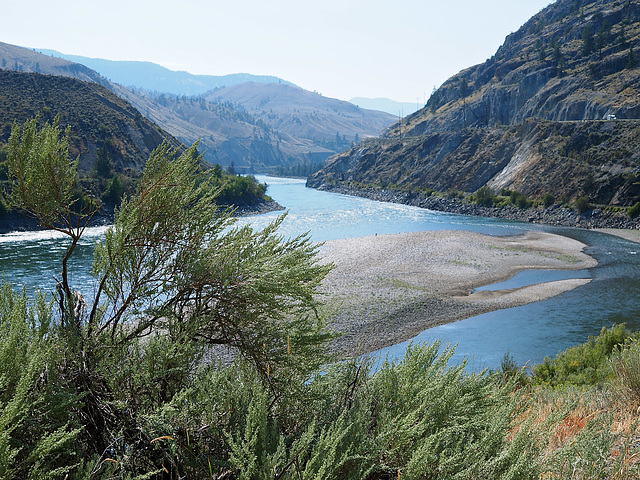 The Thompson River is the largest tributary of the Fraser River, flowing through the south-central portion of British Columbia, Canada. The Thompson River has two main branches, the South Thompson River and the North Thompson River. The river is home to several varieties of Pacific salmon and trout. The area's geological history was heavily influenced by glaciation, and the several large glacial lakes have filled the river valley over the last 12,000 years. Archaeological evidence shows human habitation in the watershed dating back to at least 8300 years. The Thompson was named by Fraser River explorer, Simon Fraser, in honour of his friend, Columbia Basin explorer David Thompson. Recreational use of the river includes whitewater rafting and angling.