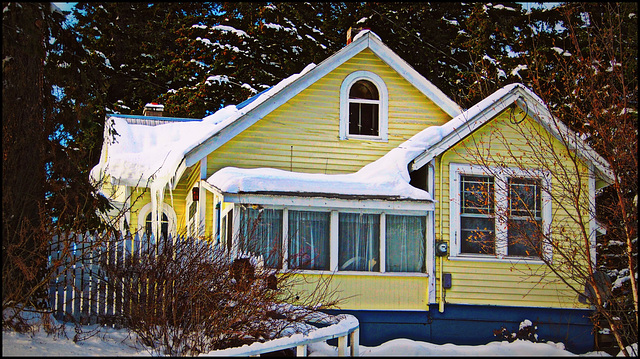 The house is named for Dr. Gerald Rumsey Baker. Dr. Baker came to Quesnel to attend to an emergency operation. He was to stay in Quesnel for one year, but he never left. He was originally from Ireland and completed his internship at St. Bartholomew’s Medical and Surgical Hospital in England. Before the age of the automobile, Dr. Baker made his house calls on horseback until he purchased a Model-T automobile. Dr. Baker was affectionately known in the area as ‘Paddy’. He was an avid outdoorsman who enjoyed hunting and fishing with his friends, as well as participating in boxing and football. Once, Dr. Baker apprehended a wanted murderer and received an award for his heroic actions.
Suggested groups:
Comments