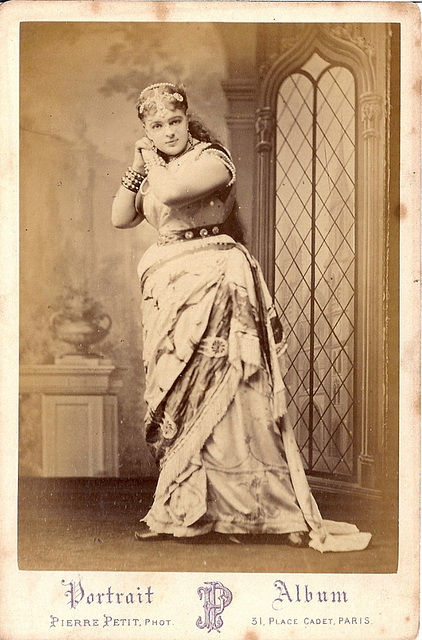 JOSEPHINE DE RESZKE
(Józefina Reszke)
(June 4, 1855 – February 22, 1891)
Polish Soprano
Sister of the bass Edouard and the tenor Jean de Reszke, She began her studies with her mother and with a Mme. Nissen-Salomon, and made her debut in Paris as Ophelia in Hamlet on June 21, 1875.
Created the role of Sita in Jules Massenet's Le roi de Lahore.
Josephine appeared with her brother Jean on the occasion of his debut; the two, along with Edouard, participated in the Paris premiere of Hérodiade in 1884. At the peak of her career she married Baron Leopold Kronenberg, and retired from the stage
CC BY 3.0 OperaMania Josephine De Reszke by Pierre Petit