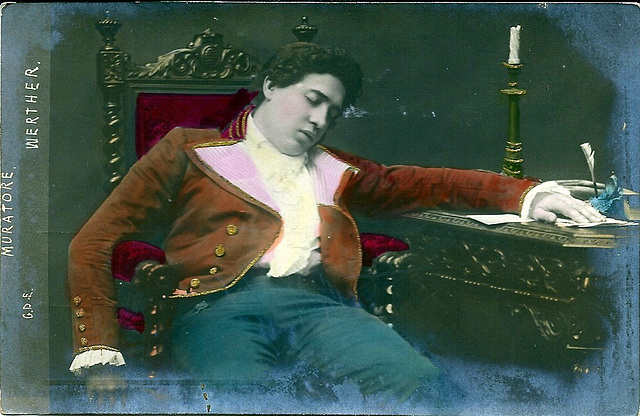 as Werther in "Werther" by Massenet

LUCIEN MURATORE
1878-1954
French Tenor
Studied at the Paris Music Conservatory, and made his operatic debut in 1902, at the Opéra-Comique opposite Emma Calve , creating the King in Reynaldo Hahn's La carmélite.Debut at La Monnaie in 1904, as Werther, and the following year at the Palais Garnier, as Renaud in Lully
Created several Massenet operas such as Ariane and Bacchus, at the Opéra, and Roma, in Monte Carlo. He also took part in the creation of La Catalane by Le Borne, Monna Vanna by Henry Février, Déjanire by Camille Saint-Saëns, and Pénélope by Gabriel Fauré.

Muratore retired from the stage in 1931. Returned to Paris and was made Director of Opera Comique
CC BY 3.0 OperaMania Lucien Muratore
Suggested groups:
Comments