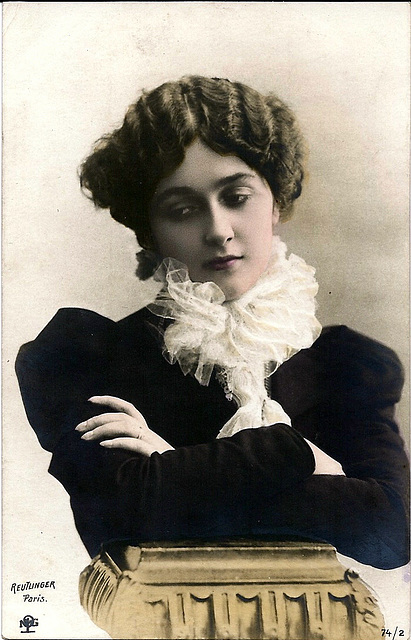 Lina Cavalieri
1874-1944
Italian soprano
Worked as a café singer before taking voice lessons in Paris.Debut as Nedda in “Pagliacci” by Leoncavallo in Lisbon in 1900,She was singing at the Monte Carlo Opera in 1904 and at the Sarah Bernhardt theatre in Paris in 1905 & sang Fedora with Caruso in “Fedora” by Giordano,Made her American debut at the Metropolitan Opera New York in 1906 and remained for two seasons , From 1909-10 she was at the Manhattan Opera after which she returned to Europe in 1912.She created L’Ensoleilland in Cherubin” by Massenet in 1905 .She also sang in Russia and the Ukraine . Her third husband was the tenor Lucien Muratore.Her roles included Manon “Manon Lescaut” , Tosca “Tosca” , Mimi ‘La Boheme” l by Puccini, Thais “Thais”, Salome “Herodide” by Massenet , Violetta ‘La Traviata” , Gilda ‘Rigoletto” by Verdi and both Elena and Margarita ‘Mefistofele” by Boito
CC BY 3.0 OperaMania Lina Cavalieri
Suggested groups:
Comments