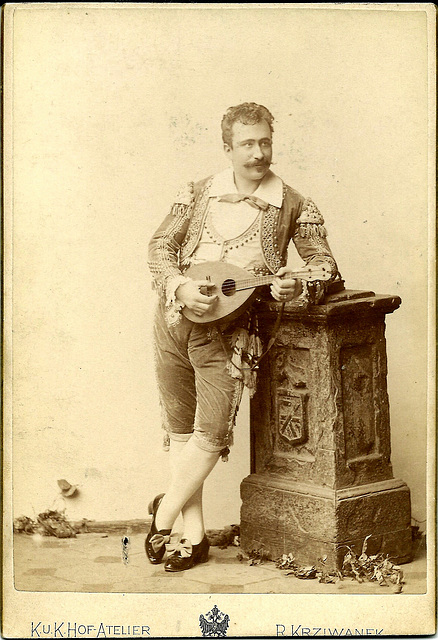 Ritter as Figaro 'Barber of Saville"

Sang as a chorister at Sazlburg.Studied at the Mozarteum Salzburg and further study with Herdinger & Schimon at Conservatory in Munich .Operatic debut as Melchthal 'William Tell" at Frankfurt in 1880 .Completed his military service and joined Hamburg City Opera where he remained until 1891.Guest appearance at Vienna Hofoper as Hamlet "Hamlet" , Telramund 'Lohengrin" ,Figaro 'Barber of Saville" .1892 sang in the premiere at Vienna of " das Heimchen am Herd" by Golmark as John .1901 sang Don Giovanni at the Mozart festival in Salzburg . Retired from the stage in 1909 at Vienna .
His roles included Papageno , Figaro , Pizarro , Rigoletto , Wotan , Albreich , Marschner , and Frank