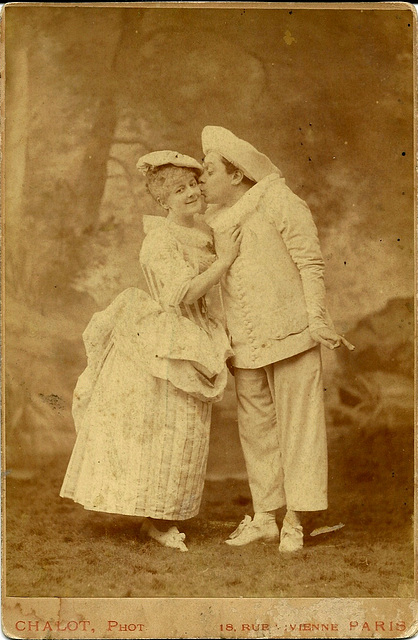 LUCIEN FUGERE
(July 22, 1848, Paris - January 15, 1935, Paris) was a French baritone,
Performed mainly in France . Began his career in 1874 at Les Bouffes Parisiens . In 1877 he joined the Opera Comique appearing in "les Nocesde Jeanette" Masse . He was principal at the Opera Comique for 30 years.Specialised in buffo roles : Leporello , Paspageno , Bartoli , Comte de Grieux ,Don Pasquale , Maequis in Delibes " Le Roi la dit" Dominque in 'Paul et Virginie" , Le Philospher in Massenet's 'Cherubin.
In 1897 he made a rare trip outside of France to London Covent Garden were he took part in the Jubilee season , he sang Leporello to Renaud's Don . Made his last appearance as Don Bartolo at the age of 85 in 1933