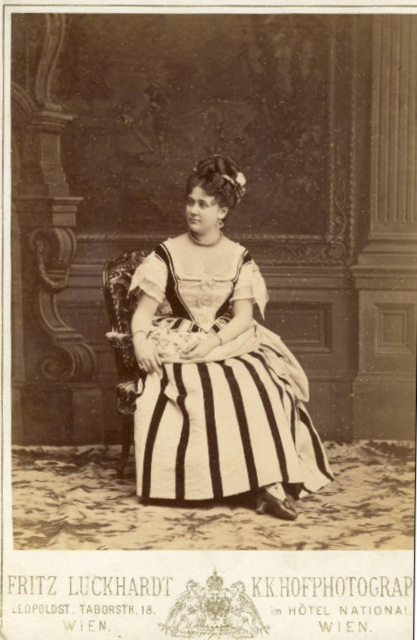 In 1862, Hauk began vocal studies with Achille Errani, who secured her a spot with the operatic company of Max Maretzek. At age fourteen she made her debut in Brooklyn as Amina in La sonnambula, and a month later, in November, 1866, her New York City debut as Prascovia in L'étoile du nord. In the American premiere of Gounod's Roméo et Juliette (1867) she sang Juliette. Hauk sang at Covent Garden, London, on 26 October 1868, and debuted in Paris in 1869. The soprano then appeared in Italian and German opera at the Grand Opera in Vienna and other venues throughout Europe. Hauk was the first American Carmen (1878) and Manon (1885). Her voice became a mezzo-soprano of great strength and depth. Hauk's enormous repertory included approximately one hundred roles, and she sang Carmen in four languages.