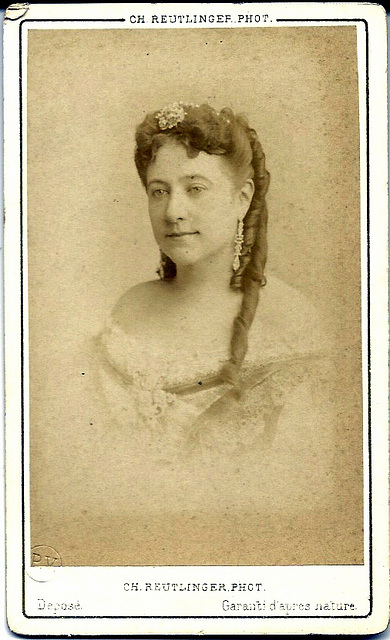 Madeleine is the daughter of Suzanne Augustine Brohan and the sister of Augustine Brohan. Married Mario Uchard in 1853, and divorced two years later, she was the mistress of Louis-Napoléon Bonaparte and the prince of Joinville, and had a long relationship with Paul Déroulède (whom she had a child)

She entered very young the Conservatory, attended Samson and won a second prize for comedy in 1839 and the first in 1840. She was admitted to the Comédie-Française in 1850. She spent a few years in Russia, where she played the french Saint Petersburg Theatre.
Suggested groups:
Comments