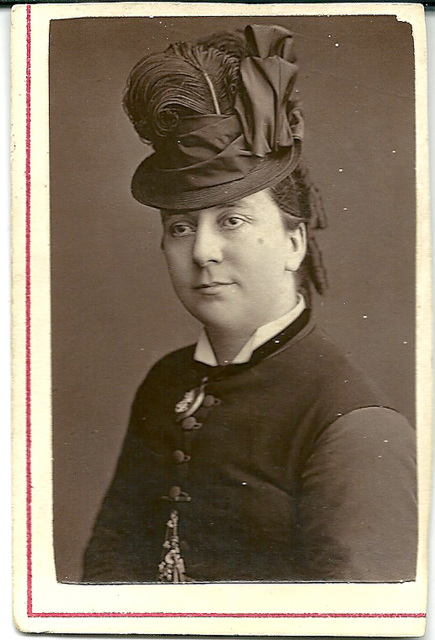 Studied singing under J. Wass, Ciro Pinsuti and Mrs Sims Reeves (Emma Lucombe).Her first regular engagement was in 1865, in the provinces. From 1866, in which year she sang at the Worcester Festival, and married John Patey, a bass singer, she was recognized as one of the leading contraltos; and on the retirement of Helen Sainton-Dolby in 1870 Patey was without a rival whether in oratorio or in ballad music. She toured in America in 1871, sang in Paris in 1875, Australia in 1890, and New Zealand in 1891.
Suggested groups:
Comments