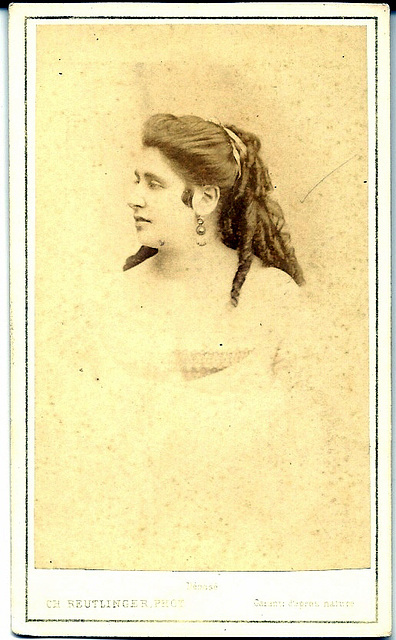 FORTUNATA TEDESCO
Fortunata Tedesco (Mantua, 14 December 1826 – after 1866) was an Italian operatic soprano.
In 1846 tallied Elvira in Giuseppe Verdi's first opera, which performs in Cuba: Ernani. The success of the play and his singers had a great impact on the cultural world of Havana. Especially the soprano received numerous compliments, among which, a famous quadrille of Manuel Saumell, who play some passages of his entrance aria: Ernani involami. in 1848, the Italian Opera Company of Francisco Marty celebrates a function to the benefit of its music director, Luigi Arditi, where it premiered his opera Gulnara, Fortunata Tedesco creates the role of Gulnara.
In January 1859 Pacini Saffo played at the Teatro Nacional de São Carlos in Lisbon.
Was Venus in Tannhäuser revised version premiered on March 13, 1861 in the Paris Opera
Suggested groups:
Comments