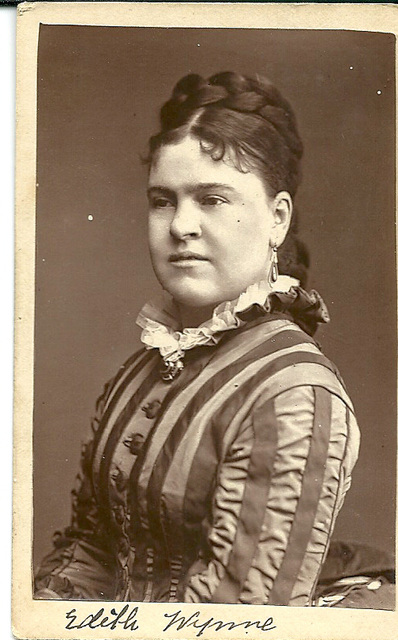 SARAH EDITH WYNNE (Eos Cymru) (11 March 1842 – 24 January 1897) was a Welsh operatic soprano and concert singer. She was born in Holywell, Flintshire, and studied singing with Scarisbrick in Liverpool and Pinsuti at the Royal Academy of Music, where she was Westmorland Scholar from 1863 to 1864. She subsequently studied with Romani and Vannuccini in Florence. Her first appearances were in provincial concert halls and theatres. She made her London debut on 4 July 1862 at St. James's Hall in John Thomas's Welsh concert. Wynne sang in the United States with the Janet and John Patey and Charles Santley in 1871-1872, and at the Boston Festival of 1874. She also appeared in opera at The Crystal Palace between 1869 and 1871 as Arline in Wallace's Maritana and as Lady Edith in Randegger's Rival Beauties, but she was chiefly noted for her singing of art song and ballads. She married an Armenian barrister, Aviet Agabeg, in 1875 and after her marriage increasingly devoted herself to teaching oratorio and ballad singing. She died on 24 January 1897, and was buried in Hampstead Cemetery.
Suggested groups:
Comments