all shots all shots 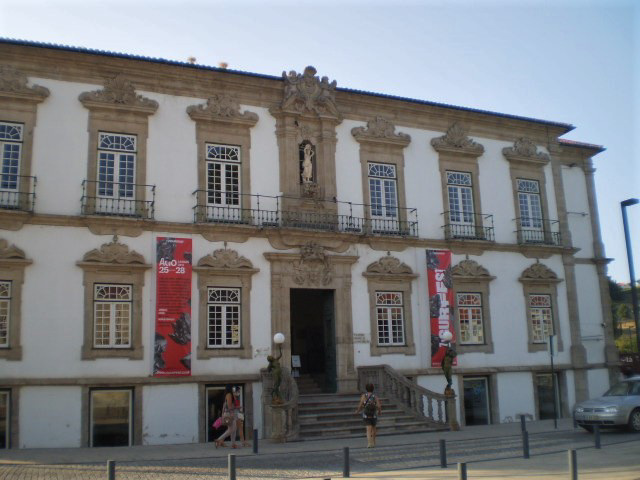 Located at Viscount Guedes Teixeira Avenue, Lamego. It was built in 1727 to function as Hospital of Mercy. In the 19th century it was abandoned and decay took over the whole space.
In 1886, the headquarter of Lamego Regiment was destroyed by a fire. It was settled the regiment would move to this building, reversing the decay of decades. However, in 1887 this building was also destroyed by a fire, remaining in ruins.
In 1924 the ruins were purchased by José Ribeiro Conceição, who rebuilt it as a theatre, keeping the original façade of 1727.
It was inaugurated in 1929 and its interior was inspired on the Scala of Milan. Theatre plays, opera, music concerts, ballet, circus and cinema, all these shows were held there, until if finally closed in 1989, going through some years of decay. Acquired by the municipality, it was restored between 1993 and 2008, when it was reopened for the above mentioned shows, except circus.
CC BY-NC 3.0 Dimas Sequeira Ribeiro Conceição Theatre.

A beautiful building and information Dimas.
10 days ago. Translate | Permalink

What an interesting history, so glad the building was saved.
10 days ago. | Permalink

Admired in: www.ipernity.com/group/tolerance
9 days ago. | Permalink

Hi Dimas
A wonderful and interesting picture, which I like very much!
Very nice composition
Great colours too
Best Wishes, HFF, a nice weekend, and stay safe!!
Peter
9 days ago. | Permalink

Thanks for posting your wonderful picture to