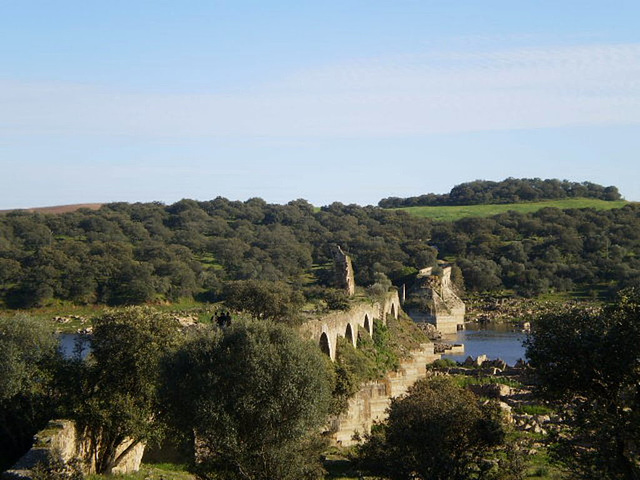 Across Guadiana River, this bridge was built to provide access to Olivença, under Portuguese possession. The central arches collapsed during the floods of 1597; rebuilt in 1641, with draw bridges, it was destroyed in 1646 by the Spanish Army, during the War of the Restoration of Independence, and repaired after the end of the war. In 1709, during the War of Succession, the Spanish Army blew it up again, and remained in ruins ever since. Olivença became Olivenza, under Spanish rule, till today. A new road bridge was open in 2000, at expenses of Portugal, which never accepted the annexation of Olivença by Spain. Every time Spain claims Gibraltar to the United Kingdom, Portugal asks to Spain: "What about Olivença?"

Purdy, Mitch Seaver, Brian Smith and 2 other people have particularly liked this photo

Trudy Tuinstra club
you show it well to us with your pictures
4 years ago. | Permalink