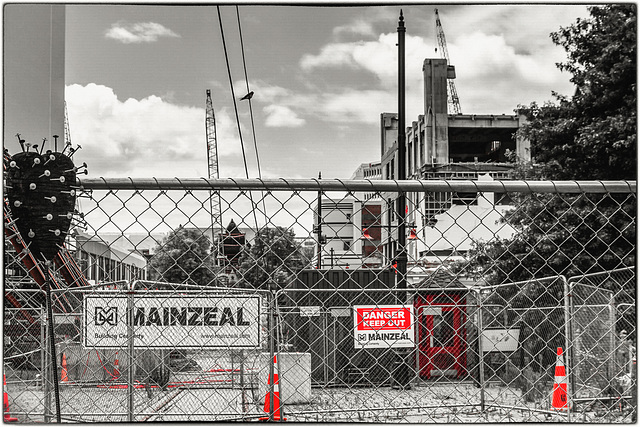 The devastating Febr. 2011 quake and various aftershocks had flattened vast parts of Christchurch's City Centre. In late 2012 much of it was still in the Red Zone and fenced off. The collapsed spire of the Cathedral had been demolished and a debate about what to do with the church had started. Only in late 2017 a decision was reached to rebuild the Cathedral, with a narrow majority of 55%. 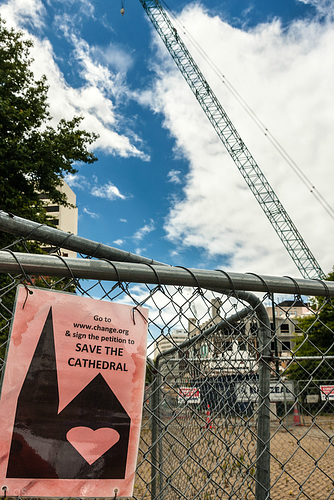 Erhard Bernstein, H.-Marie, Lian, Berny and 33 other people have particularly liked this photo

Suggested groups:
62 comments - The latest ones

Amelia Heath club
Great use of selective colour. Weren't you a bit worried about going to a geologically sensitive area? But no - you have visited Iceland as well. The citizens of Christchurch seem to be very stoic in the face of adversary.
HFF and a good weekend, Gudrun.
2 years ago. | Permalink
Gudrun club has replied to Amelia Heath club
Many thanks, Amelia! We stayed in a hotel on the far (safer) side of the park but I still looked for the emergency exits;-) It was reassuring, room on the ground floor and a window leading into the garden....Kiwis are very good at quake proof building, but the problem with Christchurch was the historic substance and a few 60ies highrises which weren 't quake proof at all.
2 years ago. | Permalink

tiabunna club
Very effective selective colour. We were amazed at the extent of damage when we visited in 2015, but by then the city area was open (though with many gaps and closed buildings). HFF and best wishes for the weekend.
2 years ago. | Permalink
Gudrun club has replied to tiabunna club
Thanks very much, George! It has been slow work, they probably had to pull down lots of buildings still standing because they were structurally weakened.
2 years ago. | Permalink

Thank you for sharing this interesting story with us!

Ecobird club
Your photo really highlights the extent of the damage Gudrun The 'pincushion' heart is a nice touch. Good use of selective colour, and a powerful HFF image. Have a good weekend
2 years ago. | Permalink
Gudrun club has replied to Ecobird club
Many thanks, Carol! The heart carries a lot of symbolism as the heart of town was devastated. By Kiwis are resilient!
2 years ago. | Permalink