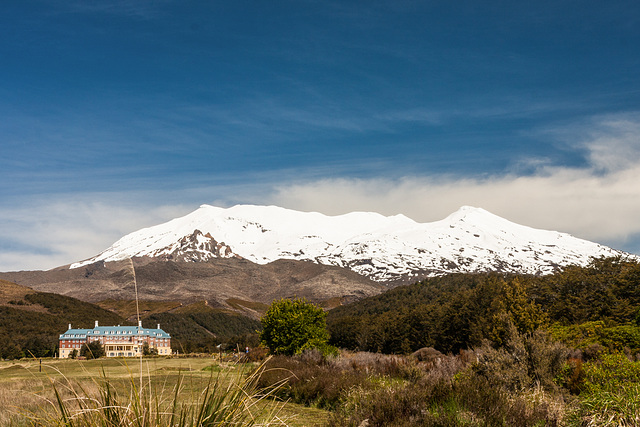 Mount Ruapehu with Chateau Tongariro in the foreground.
Ruapehu (2797m) is the highest mountain in the North Island. It is one of NZ's most active volcanoes and has a crater lake which has repeatedly caused lahars. Ruapehu was used for filming the Mordor scenes in LOTR.

Peter-52, H.-Marie, Christina Sonnenschein, Ecobird and 15 other people have particularly liked this photo

Suggested groups:
28 comments - The latest ones

Pachelbel Canon
Wow! Spectacular and beyond; love the foreground chateau
Do not recall this from LOTR, but I wasn't looking for it ....
4 years ago. | Permalink
Gudrun club has replied to Pachelbel Canon
Thanks a lot, David! The Chateau is a hotel from the 1920s, it's a listed building but still run as a hotel. The filming for LOTR was done further up the mountain in the lava...
4 years ago. | Permalink