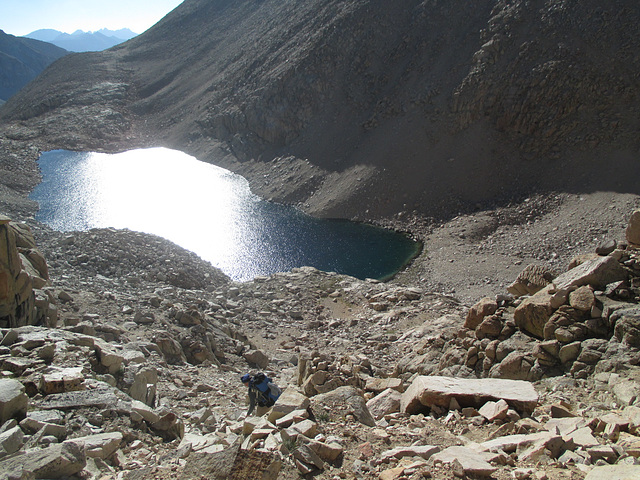 Another problem is the route to Whitney out of Upper Crabtree Lake from the east tip (right side) is supposed to be a 1000 ft scree climb similar to my Boundary Peak hike, but this is clearly a rock faced mountaineer's route. But we can see another route going from the west tip of the lake up a draw and apparently up and over the hump from the long angle, so we are comfortable enough to go ahead and descend. There goes Drew, blazing the way straight down!
Suggested groups:
Comments