my posse my posse

Scene of the Crime 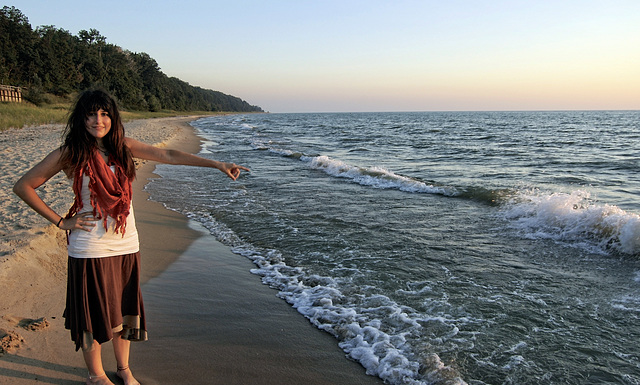 now, where did you say you saw this, young lady?
right there, officer. I saw it.
and what exactly did you see?
ooh, it was gigantic. and fast. and that poor swimmer. . .
there was a swimmer?
yes, and he had no chance. the thing was huge.
what happened to him?
he just disappeared. it was like he was bait.
bait, you say?
swimming in his clothes? who does that? and, well, my uncle, he's sort of a scientist?
what kind of scientist?
well, he does things with genetics? invents things.
what kinds of things?
like genetic mutations? huge sea monsters, I guess.
sea monsters. and how about the swimmer? did you know him?
oh. he was a reporter, for the local paper.
and this was your uncle?
did I say that? yes. my. . . uncle. he didn't like him snooping around the lab.
I see. and now the reporter's gone?
oh, yes. very gone. for good, I'm sure.
and where's your, ah, uncle?
oh, he had to leave. isn't it a beautiful day?
yes, it is. well thanks again, miss.
anytime, officer.

Haha, what a great story. VPU
8 months ago. | Permalink
honeyj club
has replied to ╰☆☆June☆☆╮ club

Thanks, June!
8 months ago. Translate | Permalink