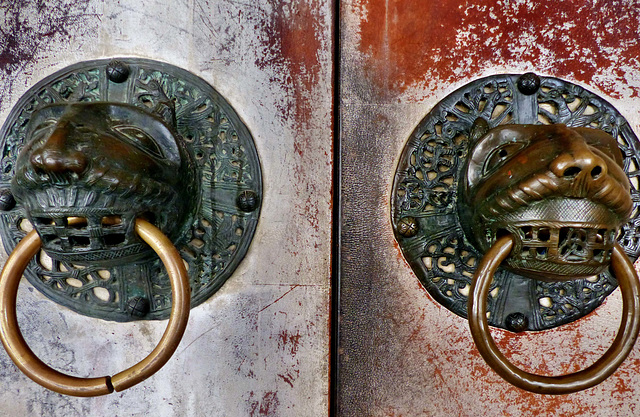 In 1095 three noblemen donated a remote piece of land in the Black Forest to the Order of Saint Benedict in 1095. The monastery, that was founded, was settled by monks from "Kloster St. Blasien". The Bishop of Constance consecrated the first stone oratorio in 1099. In 1101 the monastery was placed under papal protection by Pope Paschal II. Emperor Heinrich V confirmed these rights in 1123. The monastery was strongly influenced by Kloster Hirsau, a centre of the Cluniac Reforms. So the second and third abbots came from Hirsau. The abbey church, a flat-roofed three-aisled basilica with a transept, a choir and side choirs was completed in 1133. It was consecrated three years earlier to Saint Nicholas. The blueprint of the church followed the Cluniac/Hirsau scheme.

The founders had endowed Kloster Alpirsbach with a number of villages when Count Adalbert joined the monastery around 1100, he donated property in the wine-growing Breisgau region. The monastery to prospered and entered an economic boom in the early 15th century. The decline started some decades later and at the end of that century, the abbey was heavily in debt.

In 1522, Alpirsbach's prior Ambrosius Blarer left the monastery after being stripped of his position. Blarer, who had been giving Lutheran sermons at the monastery and had met and befriended the Lutheran reformer Philip Melanchthon, returned to Württemberg in 1534 to become one of Duke Ulrich's chief reformers.

In 1556, Duke Christoph dissolved the monastery. The buildings were used for Protestant seminaries and boarding schools. The Alpirsbach seminary lasted from 1556 to 1595 and taught around 200 students.

Today the former abbey is used for cultural events like concerts and exhibitions. There is as well a very interesting museum.

The wooden doors of the portal are covered with old leather (like the doors of the Maulbronn Abbey). Two lions guard the doors.
Suggested groups:
Comments